Some Progress on Card Game 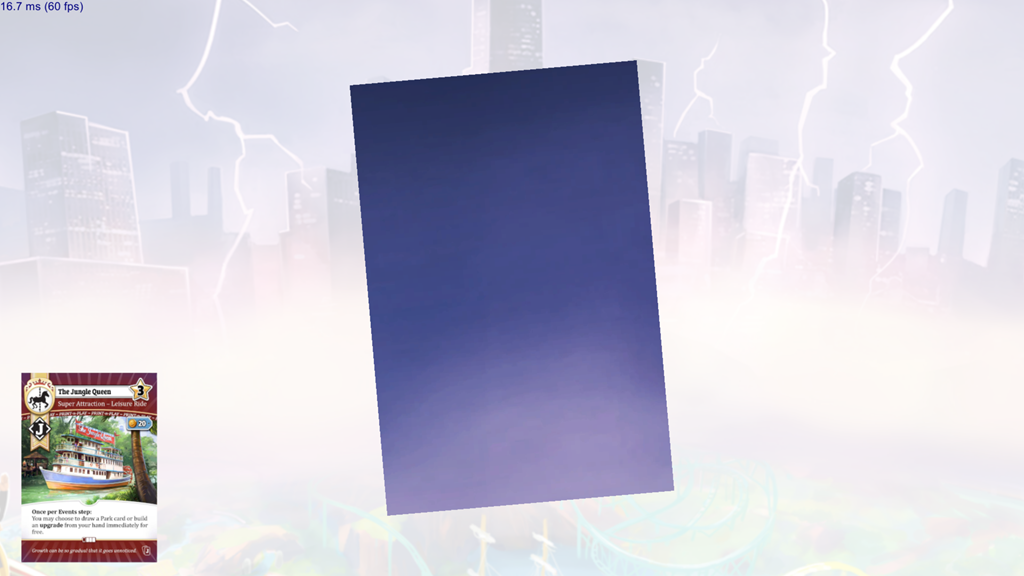 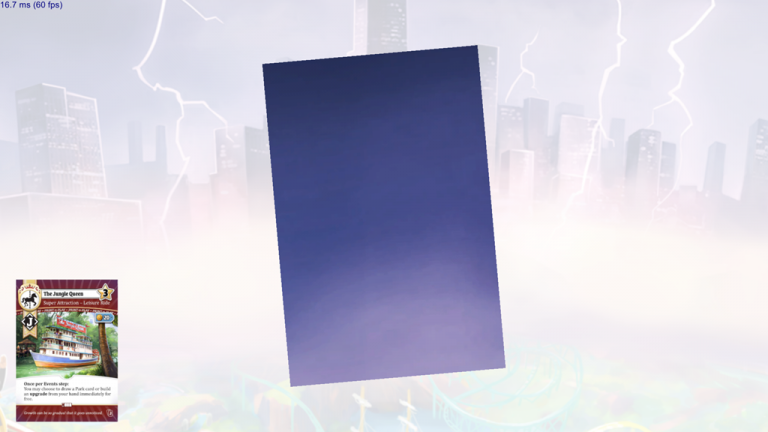 I made a little progress on the Unity card game. 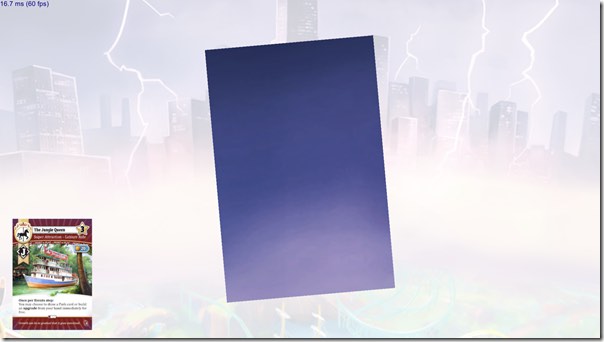 I changed the card image to be a high resolution PNG image from the print-and-play version of the Unfair board game. I also created a sprite using a large sprite sheet and wrote code to change the image on-the-fly. That’s the slightly rotated blue rectangle. it will change to a different part of the sprite sheet when it is clicked or tapped. The card in the lower left still does the slide, spin, and flip, when it is clicked or tapped.

I’m not sure now what resolution to use for the card images. I want the game to look awesome but I also want it to run well and not use all memory on the device. At this point, I wonder if I should have two images for each card and keep on as a file on disk (or whatever storage is called these days) with smaller versions being on sprite sheets. The disk image would only get used if the user zooms in on a card.

No matter how I handle the card images, which are going to be crappy small images in my next draft, I can still write the app and improve on that later. I won’t be stuck with my choice for card resolutions no matter what the rest of the program does.

Oh, I also made the background a little better by adding a second white sprite behind it and by making it slightly transparent. I could have just used the camera background color to do this but then it would not show up in the Unity editor, just in the game.

My next task is to create the game layout class and figure out the positioning of the elements on the page. I will need to create an image for some screen placeholders like discard piles or market placeholders. the next image I show should have just a bunch of rectangles drawn in each and every placement card or coin location on the screen. For the UI elements like buttons, etc., I’m not sure about what placeholder to use but I’ll have something.