I love computer games. I try to deny it, but I love them. In a computer game, you can do things that are impossible in real life or even in any non-computer game. In a computer game, you can build an empire, kill lots of bad guys, explore creepy caves, do tricks on a motorcycle even if you can’t ride a real one, and even venture out into space. I decided to write this blog entry because I have recently become addicted to Trials Evolution. I say “addicted” with a bit of humor, because I have never kept playing the same game for more than a year or two, before giving it up. And I don’t always change games. Sometimes, I just stop playing computer games for many months, and instead go kayaking, bike riding, or build a sculpture in the garage. But this recent addiction to Trials Fusion got me thinking about how I tend to not be attracted to any one genre. 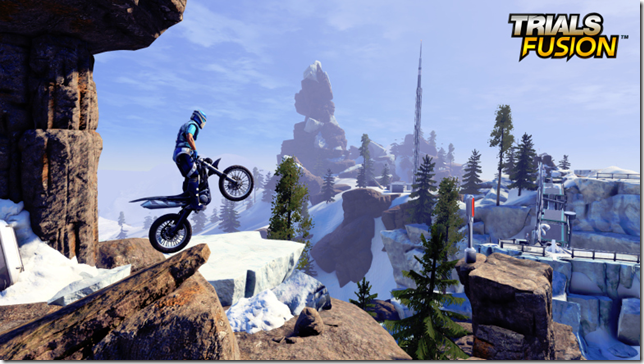 Trials Fusion is the latest Trials game. I have a copy on my laptop and on my Xbox One. It is a simple game where you control the gas, brake, and the lean of the rider on a motorcycle, in order to get past obstacles on a trials track. New in this latest version of the Trials franchise is a trick system that lets the rider jump off the bike and do tricks in the air. Anyhow, this is the latest addiction of mine. I even went as far as building my own track, A Bridge Too Far, and shared it with the rest of the Xbox One Trials Fusion world. Now back to the main point of this whole post; I don’t seem to have affinity to a specific genre of game. I do stay away from RPG type games. But other than that, I’ve tried just about every type of game out there. 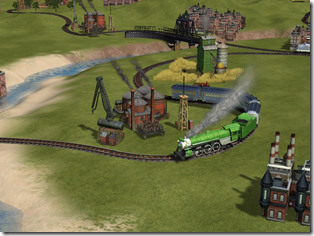 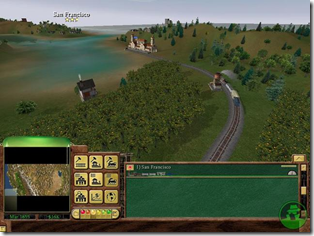 A few years ago, or maybe a decade ago, I was totally into railroad games. Up until the disappointing Sid Meier’s Railroads game, I played every Railroad Tycoon game that ever existed. The construction of the railroad was always very appealing to me. I had always hoped that a more realistic railroading game would get created, that would require empty train cars to get moved around, instead of having them just disappear when they become empty. I even went as far as writing some of my own railroading game code, just to see what it would take to route trains and rolling stock in a realistic fashion. Then there was Battlefield. I was totally addicted to Battlefield 3 and 4. I played for many hours a day for many days a week. I could not get enough of it. 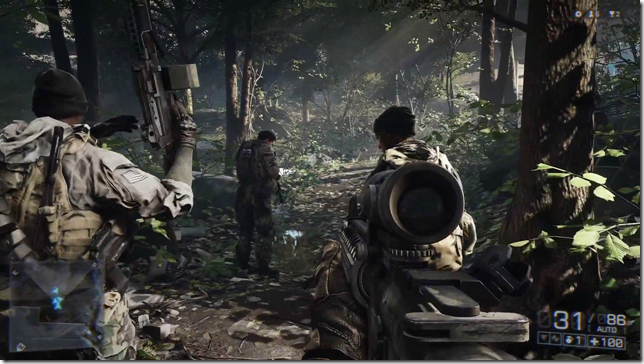 When I first tried online gaming with Call of Duty, I was nervous. I thought that someone might see me screw up and kick me out of the game. Apparently, no one cares and most players are not perfect. The large more realistic arenas of BF3 and 4 made gameplay very interesting and let me work on improving myself without getting killed off constantly. When I reached a 1:1 kill:death ratio, it was a proud day for me! And yet, I’ve played every version of SimCity since version 1. I still have that SimCity version 1 box sitting on my shelf at home, which shows just how old I am (and how much I horde things). 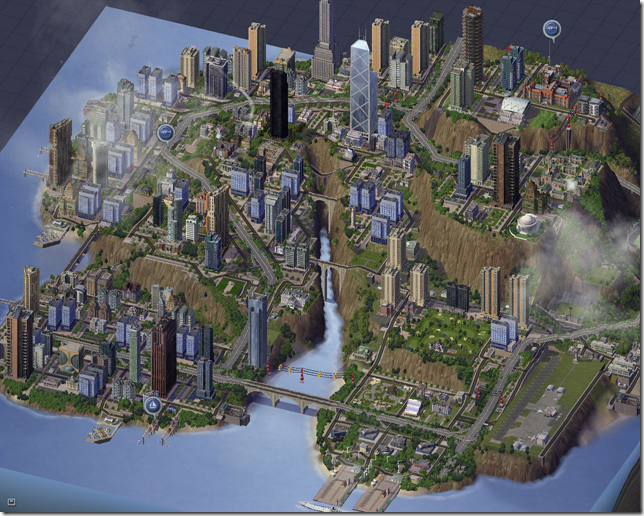 I was thinking of showing a picture of SimCity 5, but it’s such a big disappointment. The cities are too small, the gameplay is not improved at all from version 4, and there are apparently a lot of things broke in the game. Plus, the always-online issue turned out to be more annoying to me than I thought. Maybe that was because there was no way to play the game during the first few weeks of owning it due to a complete failure of Maxis to design an adequate online infrastructure for it. Okay, so here’s a screen shot of SimCity 5… 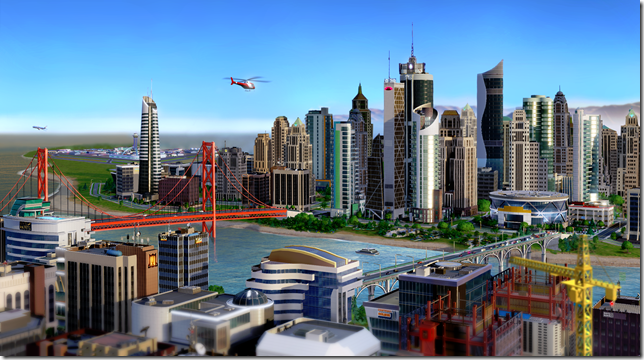 It’s a beautiful game, but it was not compelling to play. Maybe that was because of the smaller city size, or because the feel of the simulation just wasn’t quite right. But other than the latest (2013) version of the game, I’ve played a lot of SimCity. And who could forget Portal. I played this about a month before it became a cult classic. It was well deserving of the praise that it got. 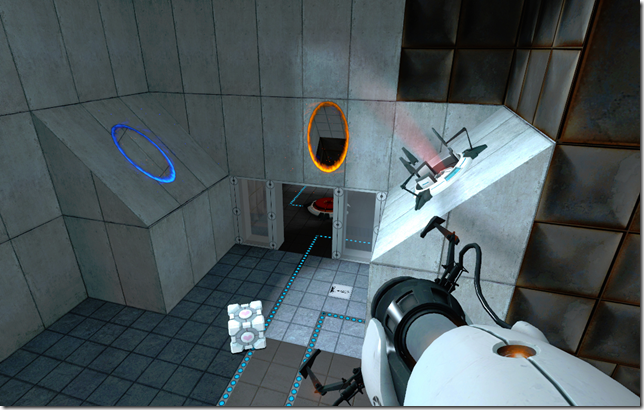 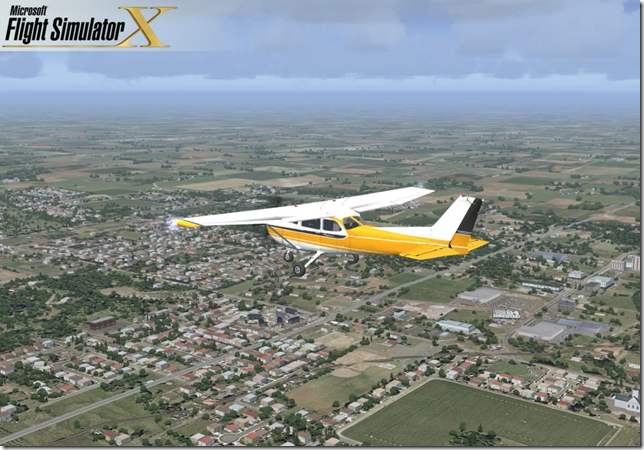 One interesting “game” that I played was the Microsoft Flight Simulator. I have a real physical pilots license, but I loved to fly the helicopter in the flight simulator. I have a stick, throttle, and rudder pedals, and was able to control the helicopter in the game like a real helicopter. I even reversed the throttle to make it increase as it was pulled back, like in a real helicopter. I got good enough that I could land the Bell Jet Ranger on the top of the moving school bus in one of the “adventures/challenges” in the game. I’ve got more stick time in that imaginary helicopter than I have in a real Cessna 172! 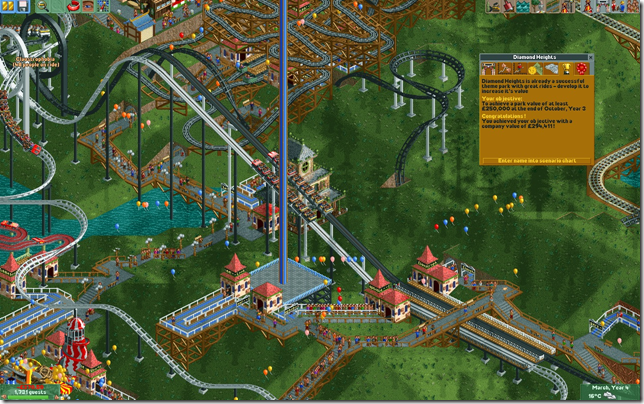 Roller Coaster Tycoon was one of the older games that I would play right now if I could. I can’t get it to run on Windows 8. But when it was state-of-the-art, it was one of the most fun games around. I love building things, and this takes that building game concept to the whole new level. 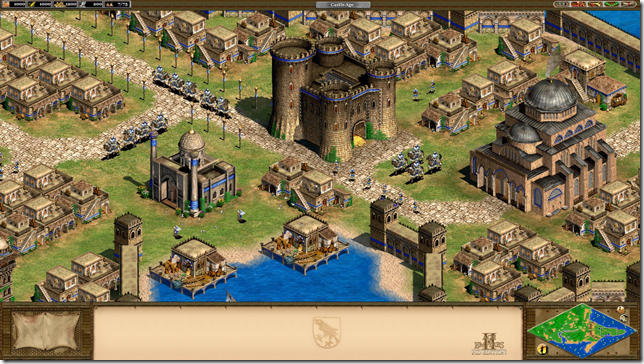 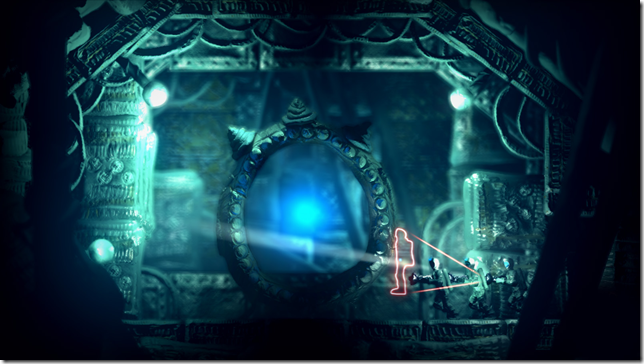 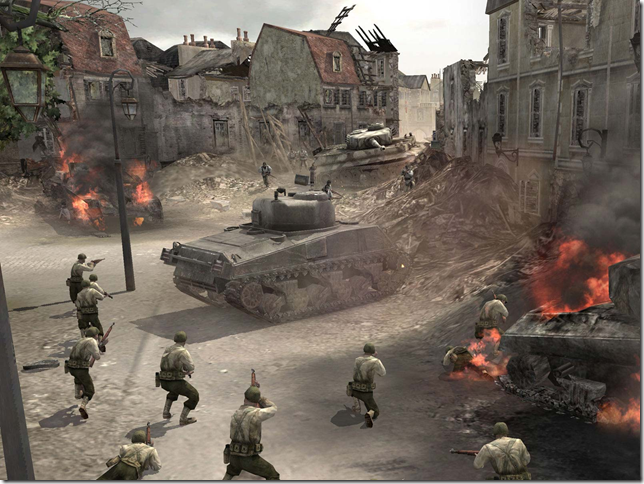 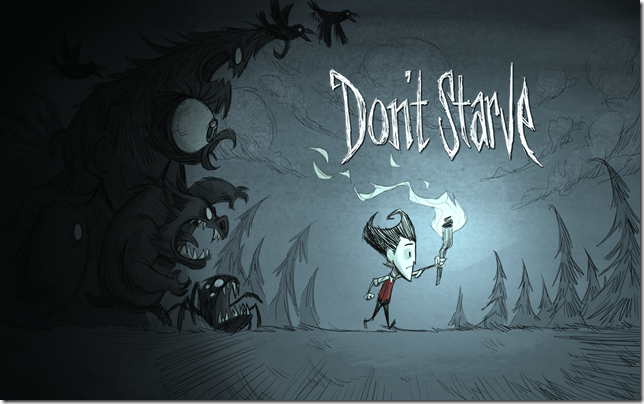 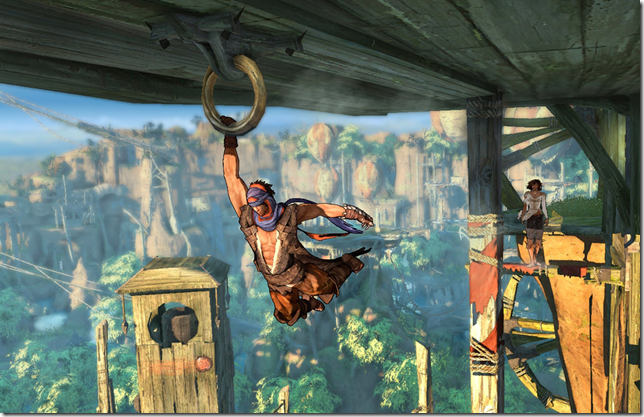 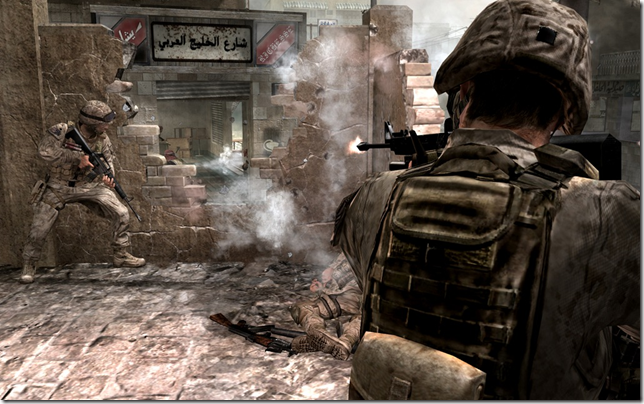 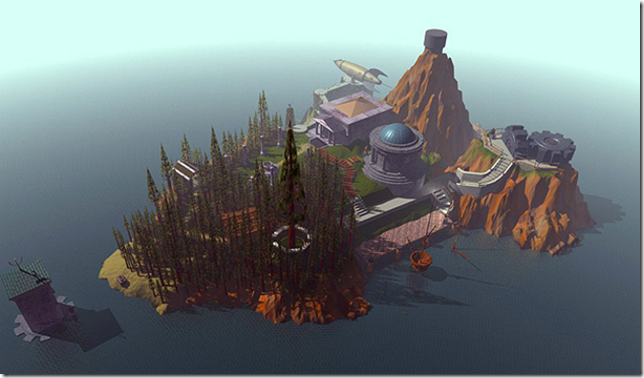 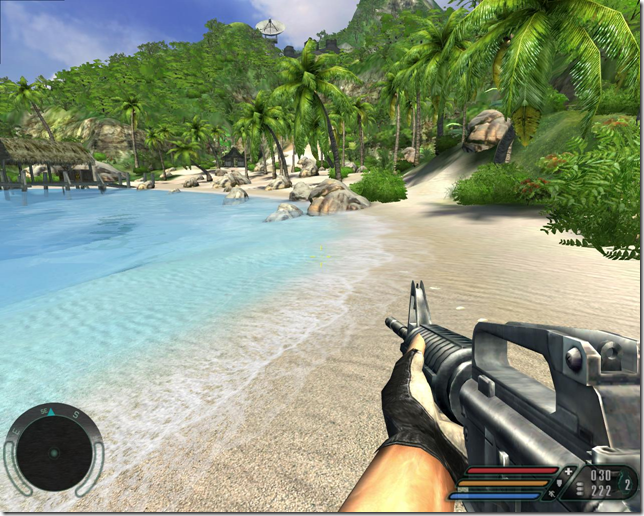 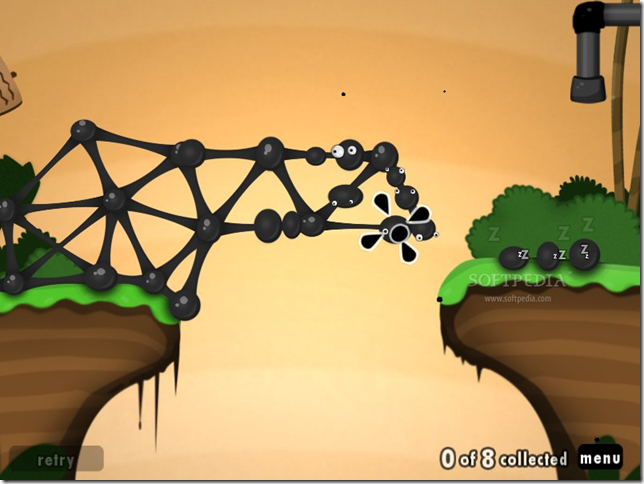 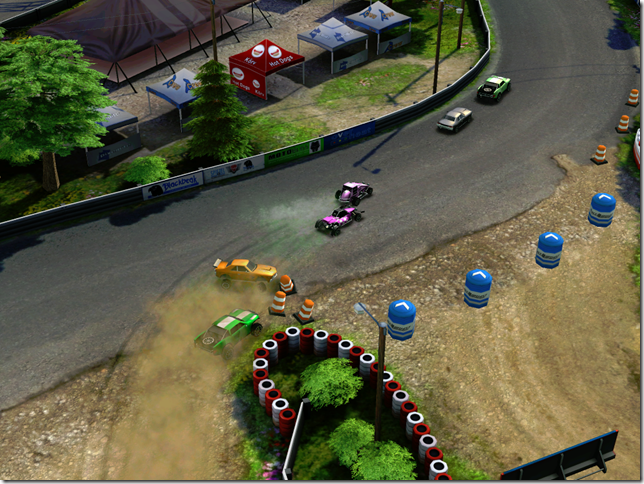 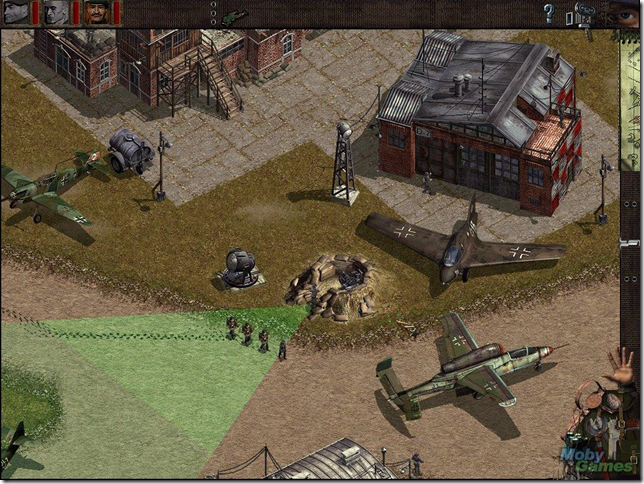 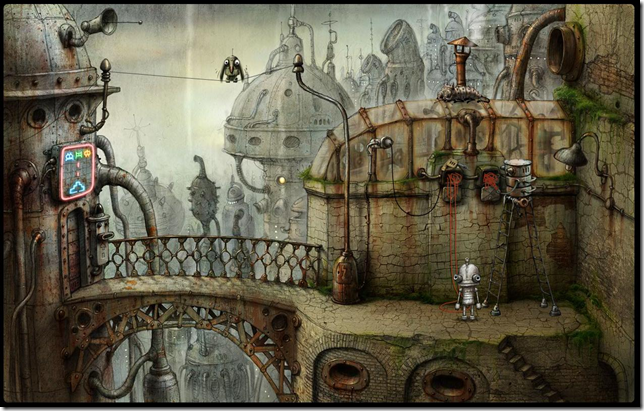 There were lots of others. Some of these were small games that I played through, and some were online multi-player games that I could still be playing now if I didn’t have my latest addiction.