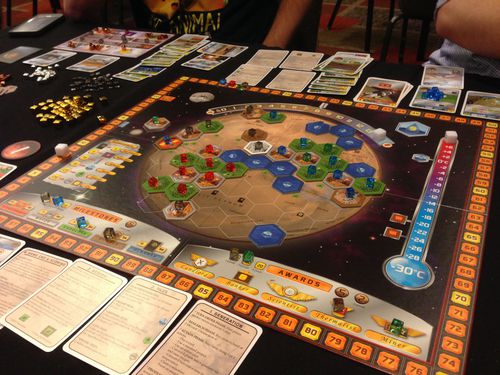 Tim and I were at the Biltmore as usual. A new player, Eric, showed up early and we headed to the Tahoe Biltmore private dining room (inside the closed-during-the-week Steak House restaurant). We started playing Terraforming Mars, a favorite for me and Tim. After a few generations (rounds), William showed up and we just gave him all of the normal starting resources. With a few generations already played, he would have a hard time catching up. But there’s no easy way to bump him up a little without giving him an advantage.

We finished TfM and Tim won. It was a good game and I had a chance to tie or win during the last few generations. Unfortunately, I spend a few credits that I needed for my next turn and had to discard cards to get some back. but then Tim, being just one action away from claiming the last milestone before me, remembered he had a card that gave him some extra credits from his previous action. That let him claim the milestone one action before me, while also having caused me to discard a few good cards I didn’t benefit from discarding. It was exciting for a few minutes.

We finished TfM and moved on to Unfair. Unfair is a totally different game from most others we play. Players try to build, with cards on the table, a theme park with staff and attractions. There are blueprints that act as private goals and events that let players get more money, cards, etc. 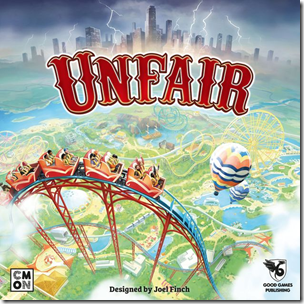 Unfair went on for a while with Eric and I being the clear competitors. I had three blueprints that he didn’t really know much about but he had loads of cash and some staff that game him recurring income that counts as points at the end of the game. It was very close with me losing by about 6 points. Tim did okay a few points behind that, and William came in last. Eric and Wil had never played this before so Eric’s win was surprising. Then again, with Tim and I giving the other players training wheels, we were at a little bit of a disadvantage from the distraction. 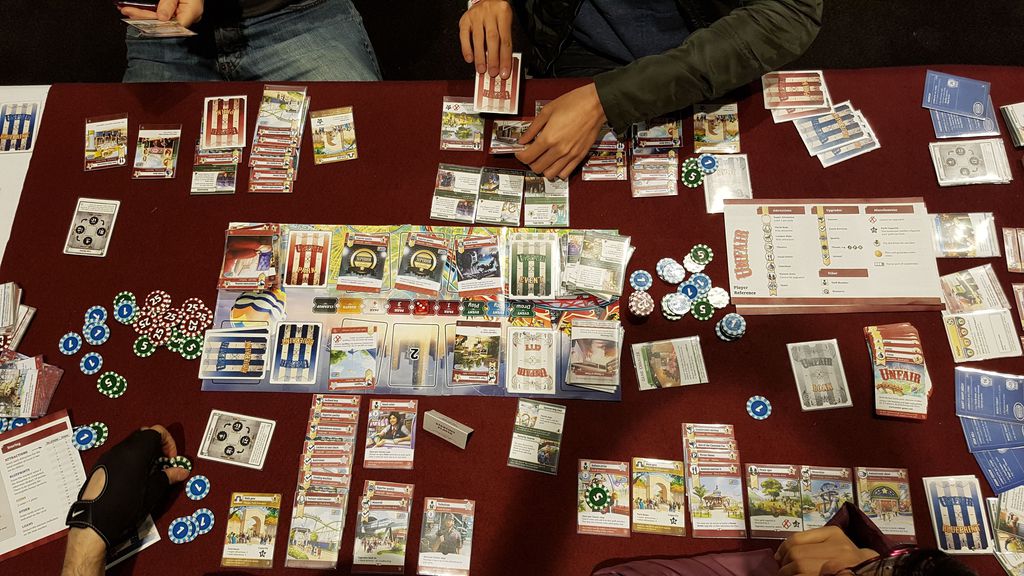 There were no special moments playing Unfair. No close calls like in TfM. But as always, it’s a fun game.

I’m hoping to try something different next week. Maybe Orleans. Maybe Through the Ages. We’ll see who shows up and what they want to play. 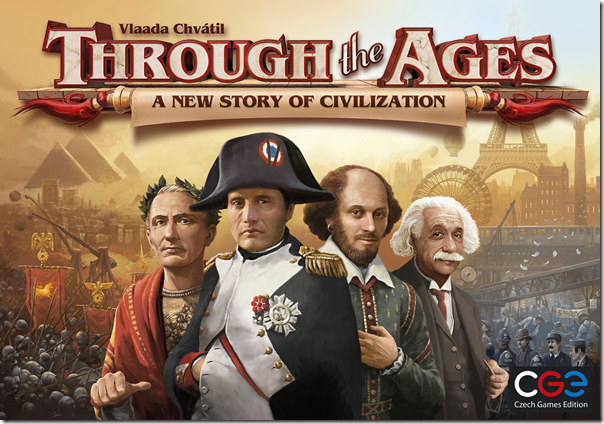