Canals is a card game I invented in my sleep a new nights ago. I awoke slowly from a nonsense card gaming dream to find that one of the “rules” in the dream made sense. Here’s what I cam up with: 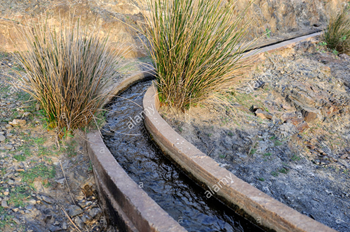 Two players represent architects who are giving their builders instructions for building canals into the city to give water to the locals. There is fierce competition to build the best canals and this results in some obstructionist activity by the builders. Builders are trying to find the mountain springs that provide the water and then build a canal to a fountain as close to the city as possible.

Each player has a hand of 26 cards that are clearly marked as that players cards on both the front and back.
There are 6 Spring cards, 6 Fountain cards, and 14 canal cards.
Players place the cards in one or more columns.
Players place cards face down although this is not a rule and a player could place a card face up to try to upset their opponent.
A player may place a card to start a new column, add to a column, or add to a column on the opponents side of the table.
Players take turns placing their cards until all cards are on the table.
At the end of the game, cards are all turned face up in place and scored. A player gets 1 point for each Spring, Canal, and Fountain card in a column if that column starts with a Spring card,is followed by some number of Canal cards, and ends with a Fountain card. If there are cards in the column before the Spring card, the column is not counted (can’t build a canal if there was no spring to provide water). If there are cards after the first Fountain card, those cards are ignored (the fountain is the end of the canal). A player gets a point regardless of whose card they are scoring in the column.

The game can be played using a standard 52 card deck of playing cards. Give one player the red cards and the other player the black cards. The backs will not be different so it will take a little effort to remember which cards are placed on the opponents side of the table. Use the A, 2, 3 cards as Springs, J, Q, K cards as fountains, and the rest of the cards as Canal cards.