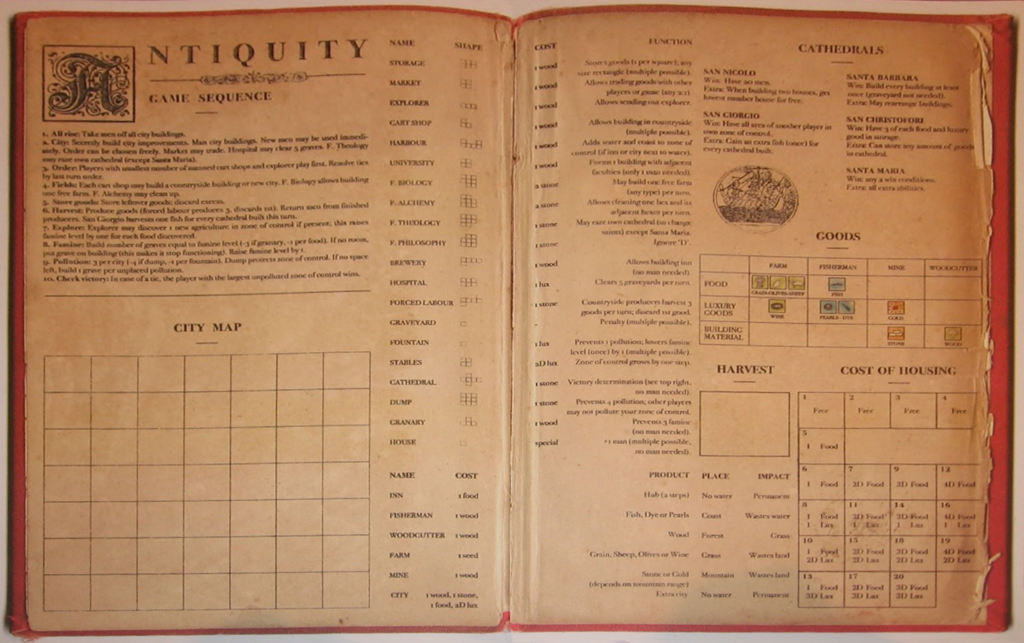 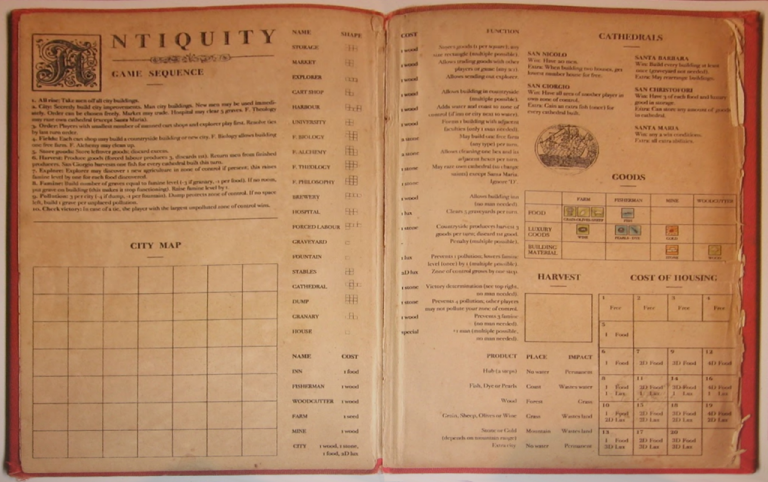 Tim and I played Terraforming Mars and Antiquity. There was only two of us again (a few long time players seem to have disappeared) but 1-on-1 is a great way to play some of these games. Here’s the play-by-play action from the days game playing:

I got an interesting corporation and set of starting cards at TfM (Terraforming Mars). The Mining Guild corporation gives a reasonable start amount of cash and steel and since steel is commonly used, having it instead of more credits doesn’t really hurt. The Mining Guild is not very powerful since the benefit is only usable in the early game and is also a benefit that other players can take (by placing tiles on the resource hexes on the board). Many corporations provide a special power that no other player can steal, but this one doesn’t benefit from that. Anyhow, I was able in the first few generations to bump my steel production using the corporate power and that worked out well for the rest of the game. 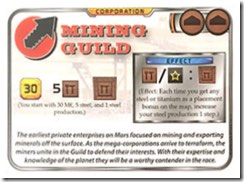 Where I really jumped ahead was when I was able to claim all 3 of the available milestones. The Terraforming milestone was the 3rd one and that sort of skunked Tim (no more were available to claim).

Tim ended up with a record setting 8 to 10 blue cards in play at the end of the game while I only had two. But my animal card got played early and collected me at least 7 or 8 points. In the end, I think it was some early credit production increases and the milestones that won the game for me. The credits got turned into a bunch of cities and expensive card plays near the end of the game while the milestones were just a lot of points. Aside from those two things, were played rather evenly.

Antiquity went well. It was downright fun and we played rather well, I think. I can’t recall all of the details about how things went, but there are a few critical points to make about this second playing of the game.

I built less storage to save space for some reason. But more importantly, I saved two wood for later by not building the explorer building (or was it some other I skipped? I can’t recall). Tim and I both went out and created woodcutters. I can’t remember the order of things but the next few round led to my building a fishery for food and a mine, then a new house and another cart shop. I got a biology faculty building early in the game too.

After a few rounds of spending resources to build farms, woodcutters, fisheries, etc., Tim built his cathedral and picked San Christofori (same as the first game). I soon after built my cathedral and picked Santa Maria. Santa Maria is an interesting choice because I then needed to meet two different victory conditions to win but also had all 4 of the other saints special powers. It was a bold experiment but it paid off, almost, and I was one turn away from victory when the win was taken from me by Tim who had collected all of his goods for the San Chistofori win. I had built every building but was still one turn away from building the last 4 houses I needed to have 20 men. I didn’t bother trying to collect good like Tim did since this seemed tricky. And I certainly had no idea how I would surround him on a 2 player map. So the other two victory conditions; having 20 men and all building built, were what I had to do to win.

We screwed up a tiny bit and built within our new cities on the turn where we placed them, which is just wrong. And we were totally unsure when to clean up pollution on the map; before, during, or after the Fields phase? But I think that these mistakes didn’t help or hurt one of us more than the other.

Things we think we did wrong or did do wrong:

That’s a fairly short list of errors or concerns. And only two of the four did we do wrong. I don’t recall any other issues.

Here’s a few ideas that I had for making the game easier to play, management-wise:

In the end, Tim collected his 3 of each of 8 resources on the turn before I was able to build my last house so he won. But we both were fully capable of achieving our victory condition. it was a great game.