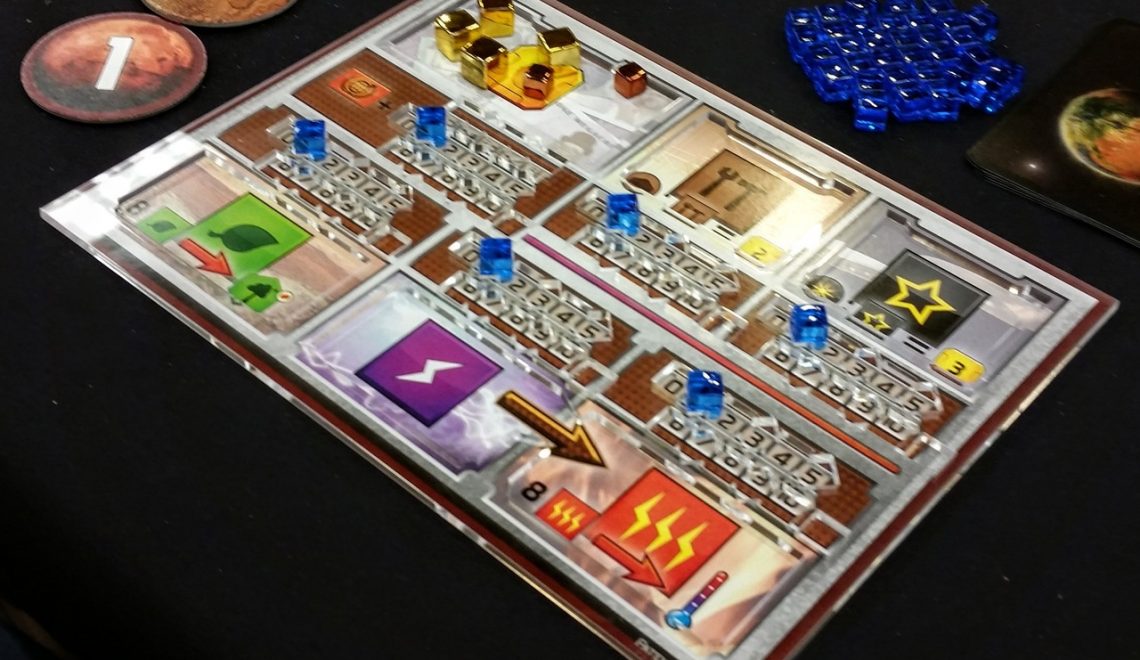 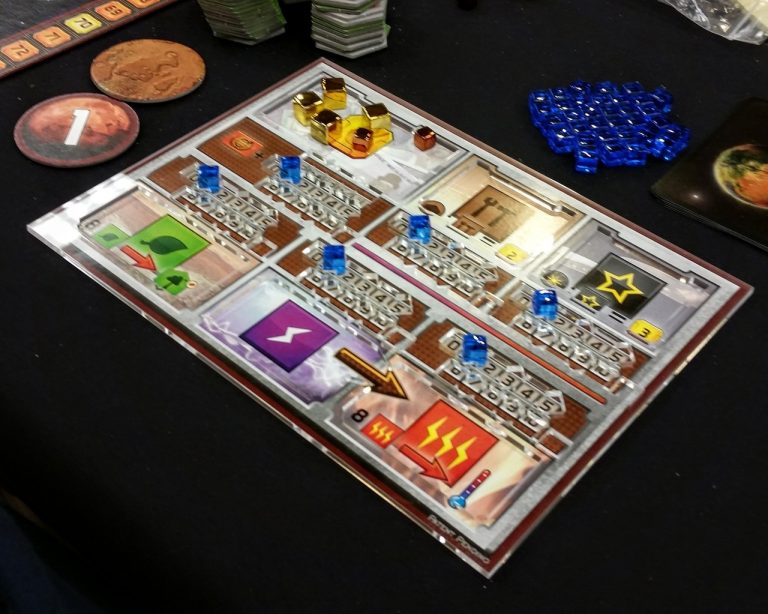 Will and I played 7 Wonders Duel. I won. It was his first time playing it but he picked it up quickly enough (board gamers pick up news games quickly). Then Cameron showed up and we played Terraforming Mars. It’s our game-night go-to game because of the level of difficulty and complexity: It medium in both regards. 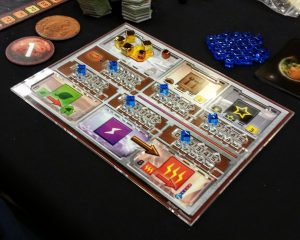 We got to use the new player card overlays that I bought. The picture is not the exact overlay but shows essentially what I have.

Cameron was able to play a blue card that would let him get one microbe on the card each generation or trade three microbes for a raise in his TR (Terraform Rating). He soon after played another blue card that let him place more microbes on that first card every generation. This let his increase his TR once ever second generation. If you add up the points from that and the extra cash it gave him for every generation, it was a huge advantage. he then also picked up two of the three milestones, thus ensuring his victory. We played on. I was able to trade energy for an increase in credits production twice every generation, which was a rather awesome set of blue cards to have in front of me. Especially since I had the energy production discount card and some energy production from other sources. But I was hurt by having a large amount of steel at the start of the game while also not drawing any good building cards to spend it on. Will didn’t have anything too special except for a few nice side-effect cards that gave him heat and credits when playing space events, and other things like that. We all ended up on the heat bandwagon making heat go up fast and giving no one an advantage since we all had equally high energy and heat production.

The map did not end up very full since we all had cards and resources for giving us non-credits and non-plant benefits. Without a lot of credits and plants, no one builds cities or green areas on Mars. Only when I finally got a few cheap city cards at the end of the game was there any action on the planet itself. But still, no one had plant production so the map stayed sparse.

Will and I were close after the end scoring. Cameron was at least 20 points ahead. He claimed two milestones and one or two awards. I was second in that area thus giving me a five point lead over Will in the end.

it was Cameron’s first game of TfM and Will’s second. I did the whole “training wheels” thing and kept on eye on them, thus neglecting to do my best. Either that or I just can’t consistently win without getting a few awesome draws early in the game.

Cameron and Will played a quick game of Magic: The Gathering while I watched. it was a commander deck version of the game, whatever that really means, and I barely followed along. The game rules are simple but the card effects and interactions are terribly complicated for a noob.