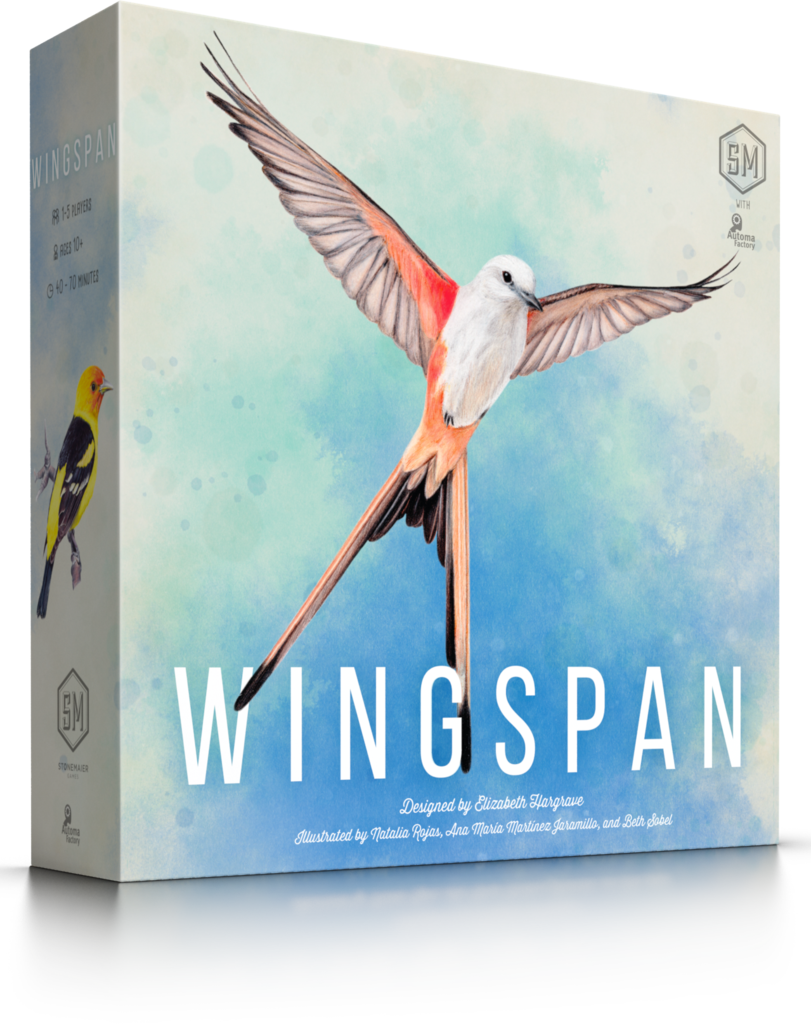 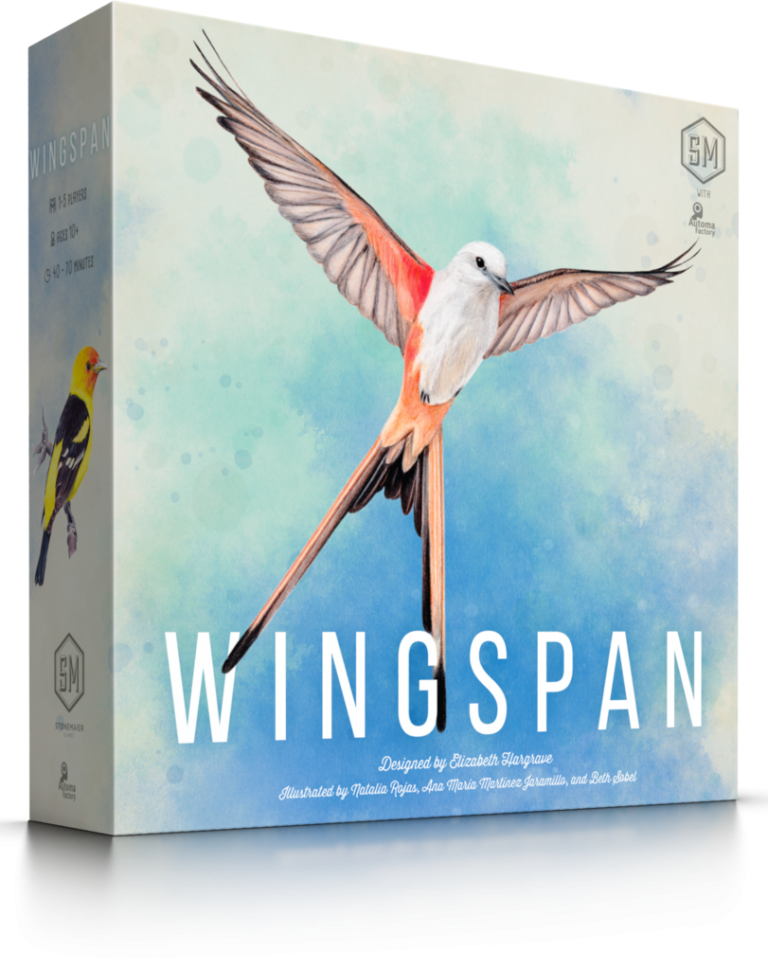 Wingspan is a tableau building card game that, like most games of this type, is classified as a board game. The bird-watching theme and attractive packaging led me to get a copy and play it for the first time recently. I enjoyed the game and will play it again in a few days. This first play session was with one other player who, like me, had not played this game before.

The game is rather simple in structure which made it refreshing to learn. I’ve been playing some very complicated games lately and learning those games has, at times, been very tiring. In Wingspan, a player just needs to decide which of four actions to take and then pay the price and take the action. Want to place a bird card on your board to increase your food, egg, or card “production,” just pick a card and a place to place it and then pay some food and some eggs and place it. Need more eggs, select the action to lay eggs and then get some eggs. It has an elegant simplicity to it that made it fun even while learning how to play.

The game has easy to understand rules but it’s not strategically simple. There are three habitats represented on the player board and each habitat can be used to take an action with habitat-specific rewards (food, eggs, cards). The cards in the game have bird information on them (and great artwork) and each card has limited habitats where it can be placed. Placing a card also requires the appropriate food for the bird. The bird cards also have certain powers or benefits that come into play when you are gaining resources form the various habitats. Think of Wingspan as a game where you build a factory. The factory starts out producing a little bit of what you need and the bird cards give you increased production. Some cards will even give you a benefit when another player takes an action; I had a bird that would lay eggs in another of my birds nests whenever another player takes an egg laying action! The brown stripe on the card in the image below shows the benefit you get if that bird is on the player board and an action is taken in the birds habitat.

Scoring is a bit of a point salad where victory points come from more than a few sources; You get points from a carnivore birds “catching” other birds, from eggs that are remaining in nests (on your bird cards) at the end of the game, from the score value of your birds, from bonus cards, and from random end-round bonuses shared by all players. Even though there are a lot of ways to gain points, it is anything but overwhelming and I felt fairly comfortable working towards gaining any of these points after the first few turns of the first game. The scoring process didn’t seem complicated and the point scoring all fit in with the bird-watching theme.

Wingspan is play in four rounds with each player taking 8 actions the first round, 7 the second, etc., until the end of round four. There are two options for end-of-round scoring and we opted to use the less competitive of the two; Each round had a randomly chosen bonus that was collected when the round was over. Once the end of the fourth round is reached, played calculate their scores and the game is over.

Right now, I would rate this as 9 out of 10 because it was great to play. The learning process was quick and easy, which is a big bonus these days where some games can take many sessions to learn and each game can last over four hours. The artwork is attractive and the components are of a high quality. It was easy to figure out what might be a good action to take or what board might be good to play.

I look forward to playing this again soon. I think that a large number of board game players will enjoy this game as either a deeper strategy game for players who play small and strategically simple game, or as a quicker simpler game for those who play deep complex days-long games.