To be honest, I am actually stumped. I just don’t know what to write about.

I have most of a metal tree built to support the track of the new RBS. But something about it just doesn’t seem right. The tree itself is cool looking, but the tree and the mechanical lift just don’t go together like I had hoped. The tree really minimizes the unusual nature of the lift. It’s also possible that it will look great when it’s done, but I just can’t get myself excited about it right now.

I have been working a few hours a day on the two apps. These apps, that I hardly mention in my blog, are being written for a major computer company in Seattle to use as a paperless form handling system. The client apps are only a small part of the overall project, but are the only part for which I am responsible.

C# gave me some trouble recently. The language has a feature where a class/object can be IDisposable. That means that the code can specifically dispose/destroy/cleanup the object at a specific location in the source code. Most of the time, objects are just left around to be destroyed by the CLR (A system supplied wrapper around the program that manages objects). The big problem is that the language does not  force me to write the code properly to clean up objects that need to be cleaned up. That makes a little sense, but it’s rather inconvenient to open a file and then have it still open after leaving the part of the program that used it. At least a warning that I didn’t clean up the object, would be nice.

The apps are now being tested around the world by a few hundred users. These people are not employees of the Big Company. They are subcontractors hired to visit retail stores and do sales/marketing/training tasks. The apps let these users record data about their tasks and then submit that data to a server for later analysis.

I bought an XBox One. My daughter and I have been playing Rayman Legends. Cooperative play is fun, although she often does better than me. Forza racing is also fun, although the steering on the controller isn’t perfect. Although the game can be switched to be in “simulation” mode without any steering help, the joystick-to-steering-wheel movement is still somehow speed sensitive. I don’t mind that, except that it seems to be sensitive to the wheel speed, not the cars over-the-ground speed. When sliding sideways, the steering is just too sensitive and it’s almost impossible to make a slight counter-steer movement because. A small stick movement makes a big movement of the steering wheel. But it’s really a matter of learning.

And a picture of some snow, just for the hell of it… 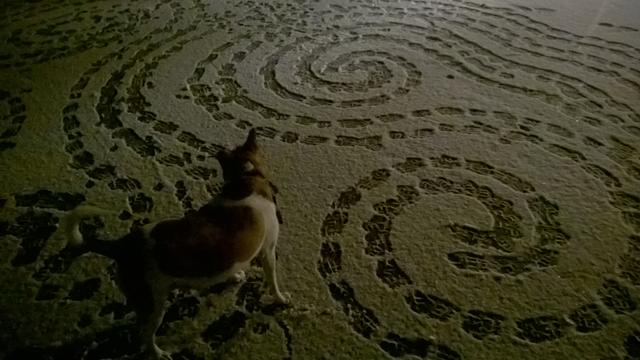