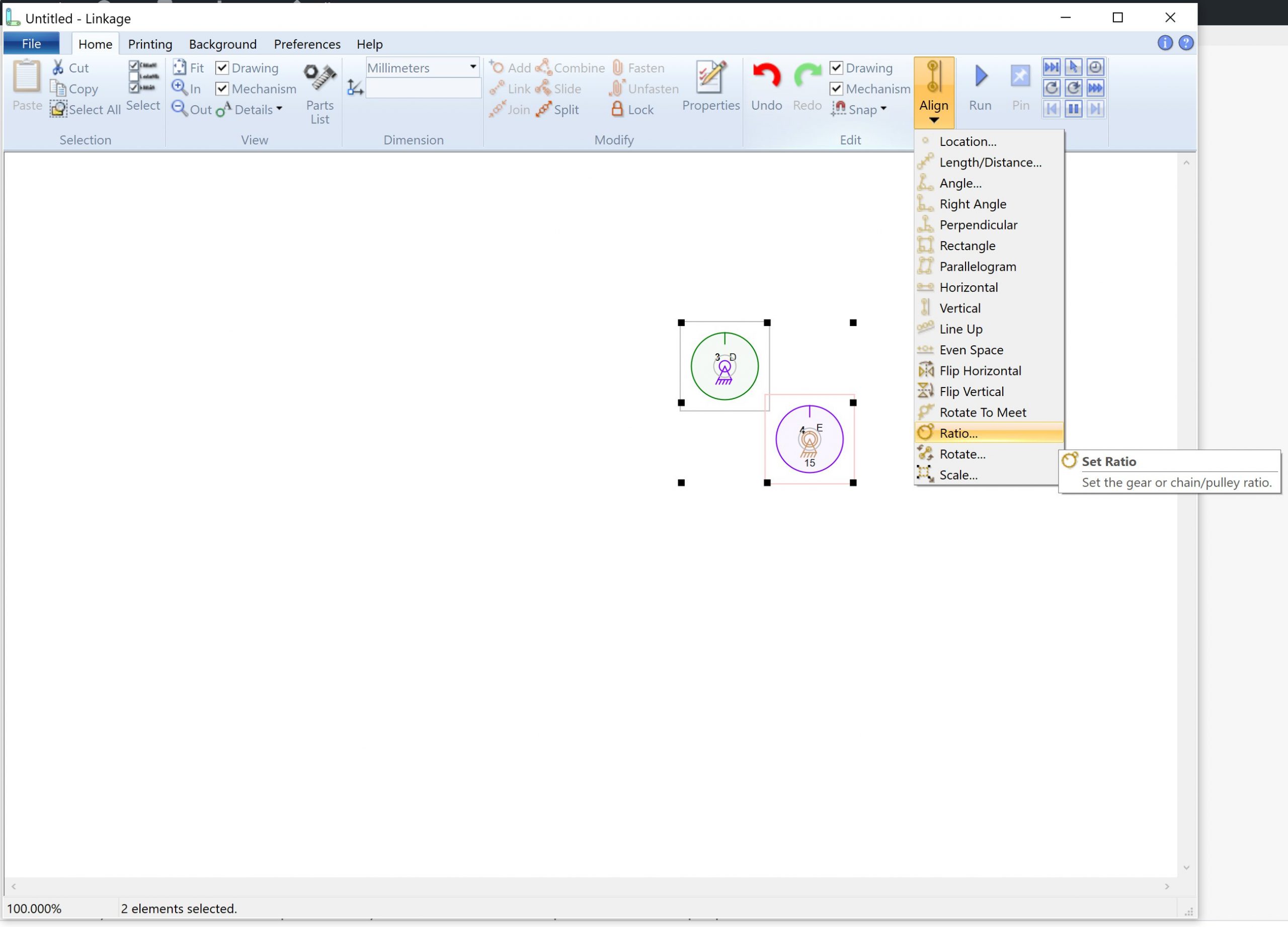 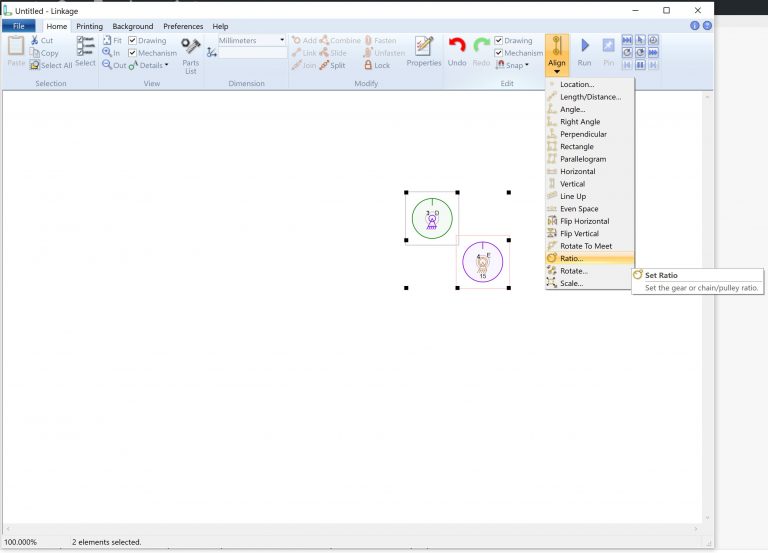 The Ratio button once sat in the Dimensions panel just below the text box. I moved it a long time ago because I wanted to show text there that described the numbers shown in that text box. But I didn’t want to take up space in the toolbar with it so I moved it to the Alignment menu (Align in the Edit panel). But that doesn’t make much sense. I realize now that I should have just stuck it out where it is visible in the Modify panel. After all, I could make the Combine and Join operations do the same thing and use a single button for that since they are never in conflict with each other.

This is on my mind because I am going to add “Geneva Mechanism” to the gear options and maybe also add an intermittent option for gears. That Ratio button is more of a “Gear, Pulley, Sprocket Options” button and maybe it needs more visibility.

One thing that keeps me from doing this sort of thing is that it causes turmoil for existing users who expect things in a certain place. People actually commented on older tutorial videos asking about the location for the button when I moved it before. I curse them for not just opening the documentation and searching for “ratio” but users will be users. Maybe I could have it in two placed for a year or two until the new place is familiar to people.