I decided to take a break from programming topics on this blog and write about my mountain bike and how it sat for more than ten years unridden.

But really, there is no point in writing about my bike gathering dust. Instead, I’m writing about how I got it out and rode it a few times recently. 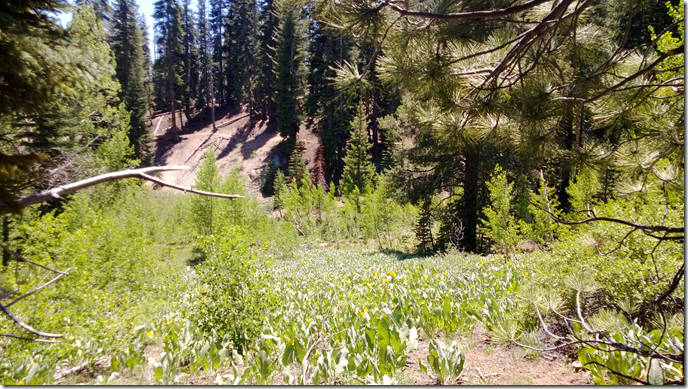 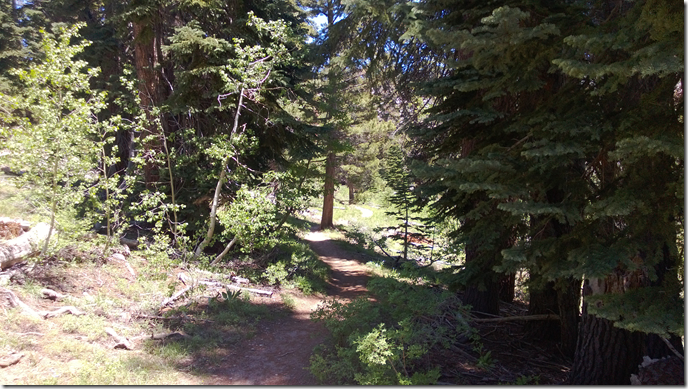 The “other” flume trail, which probably has some official name, travels northerly for a while until it follows the terrain around a canyon and then heads southerly. I think that it is a little less traveled because people are drawn in large numbers to the Flume Trail and because there is a downhill trail that crosses trail and is much more appealing to the go-down-fast crowd. 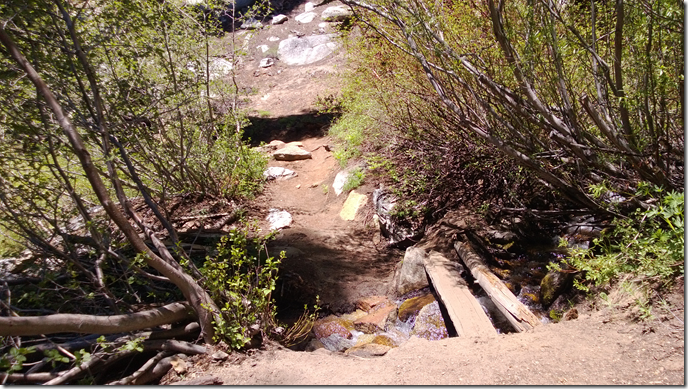 There are a few creek crossings. There was once a flume here that gathered water from the creeks. It’s not exactly clear what this water was used for although the trail meets with Tunnel Creek Road just at or below the tunnel. Water from Marlette Lake was used to float boards through the tunnel and down the Carson City side of the mountain for building Virginia City and the mines of the area. 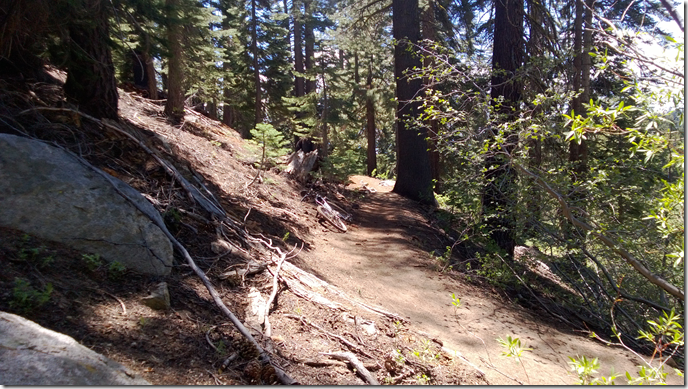 My bike sitting on the trail. 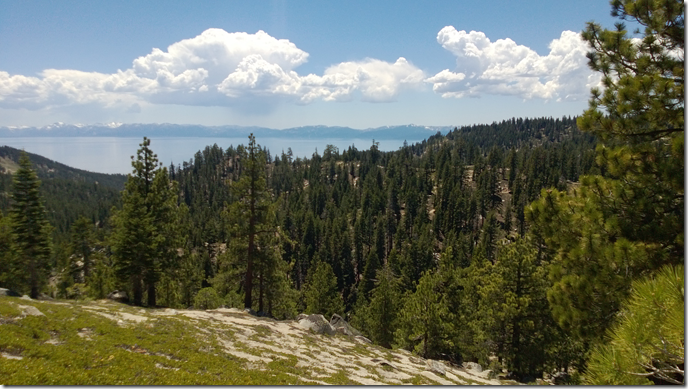 The views are not quite as spectacular as one or two other trails but are equally rewarding. This trail follows the side of the mountain and winds around through Diamond Peak ski area until it meets with Tunnel Creek Road. 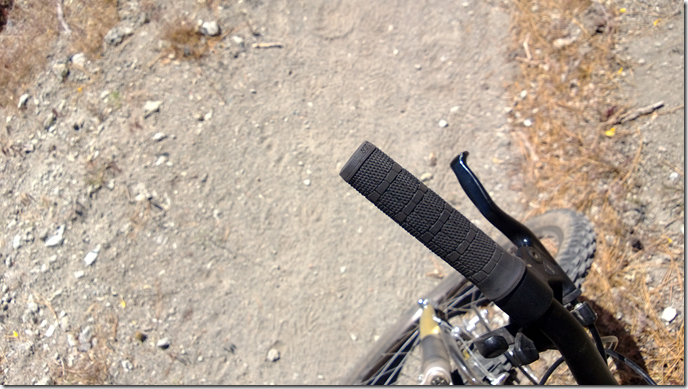 Riding near Genoa, NV, June 9th. I took this picture accidentally but the camera got the bike in perfect focus so I kept it. 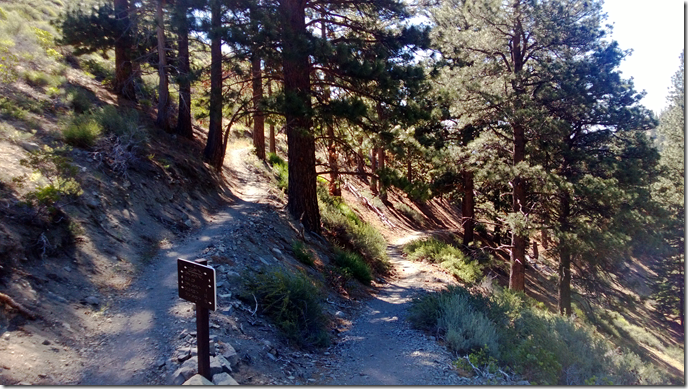 This is where the Sierra Canyon Trail meets the Discovery Trail. I rode up the Sierra Canyon trail seen on the ride side of the photo. Behind me in the picture is the direction I finally went after exploring the high trail to the left for a short distance. The discovery trail behind me makes a large loop around Genoa and it or another trail comes back down the hill into town. I got a little ways around the loop then went down the way I rode up. Lower down, I saw a rattlesnake slithering away, and rattling, on a rock next to the trail. 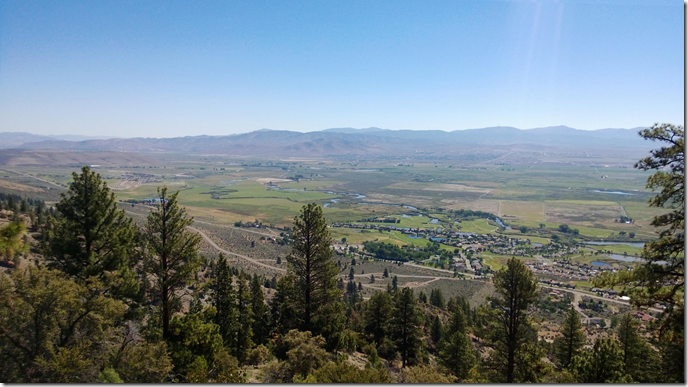 This was one of the best views on the Discovery Trail. The river, golf course, and farmlands, all made for a pretty green valley. Downtown Genoa is to the right of the picture. 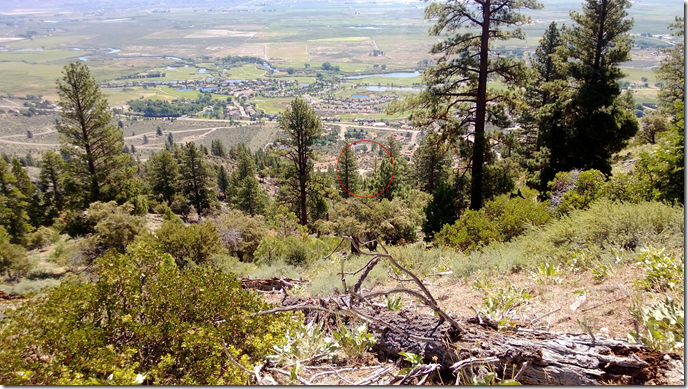 This last photo from the Discovery Trail above Genoa shows where I came from and where I’m headed. The truck is parked in the center of that red circle. It was getting hot and I was out of water. I also had not ridden my bike off road more than once or twice in the last ten years so I was already pushing myself quite a bit.