I uploaded a new version of the Linkage program. This update has some new features and some bug fixes. Some of the features listed below were made available in earlier versions but are recent and worth noting here.

Fixed small drawing glitch in solid links that caused a line to have a visible one pixel step in it at certain times when it should not.

Change to always edit and view all layers when loading a new mechanism or starting a new one. 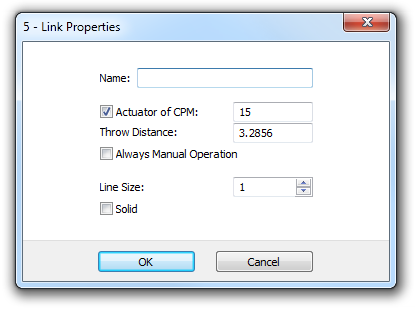 Fix to show coordinates of the selected elements when a drag/rotate/stretch operation is done.

Fixed drawing bug that kept links from being filled unless they were marked as solid.

Added code to allow for text in the popup gallery if shown in a single column. This is unused so far.

Fixed crash bug in cut/delete code where selected connectors and links being deleted at the same time could cause a crash. 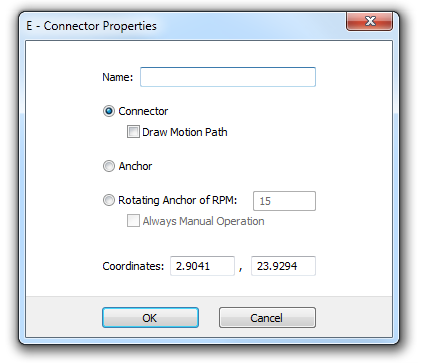 Make the split operation change a slider into a non-slider but not split it. Split now “unslides” a slider.

Fixed odd bug that caused left over internal data during delete of a single lone connector or point.

Added Fastening feature for fastening drawing elements to links in the mechanism. The F key is a shortcut for the Fasten operation.

added 0.00005 fudge factor to circle-circle intersection code to make up for rounding issues during point rotations.

I am still working on improving the documentation. The program and documentation are getting big enough to make them sometimes difficult to manage with the few spare minutes I have now and then to work on this.