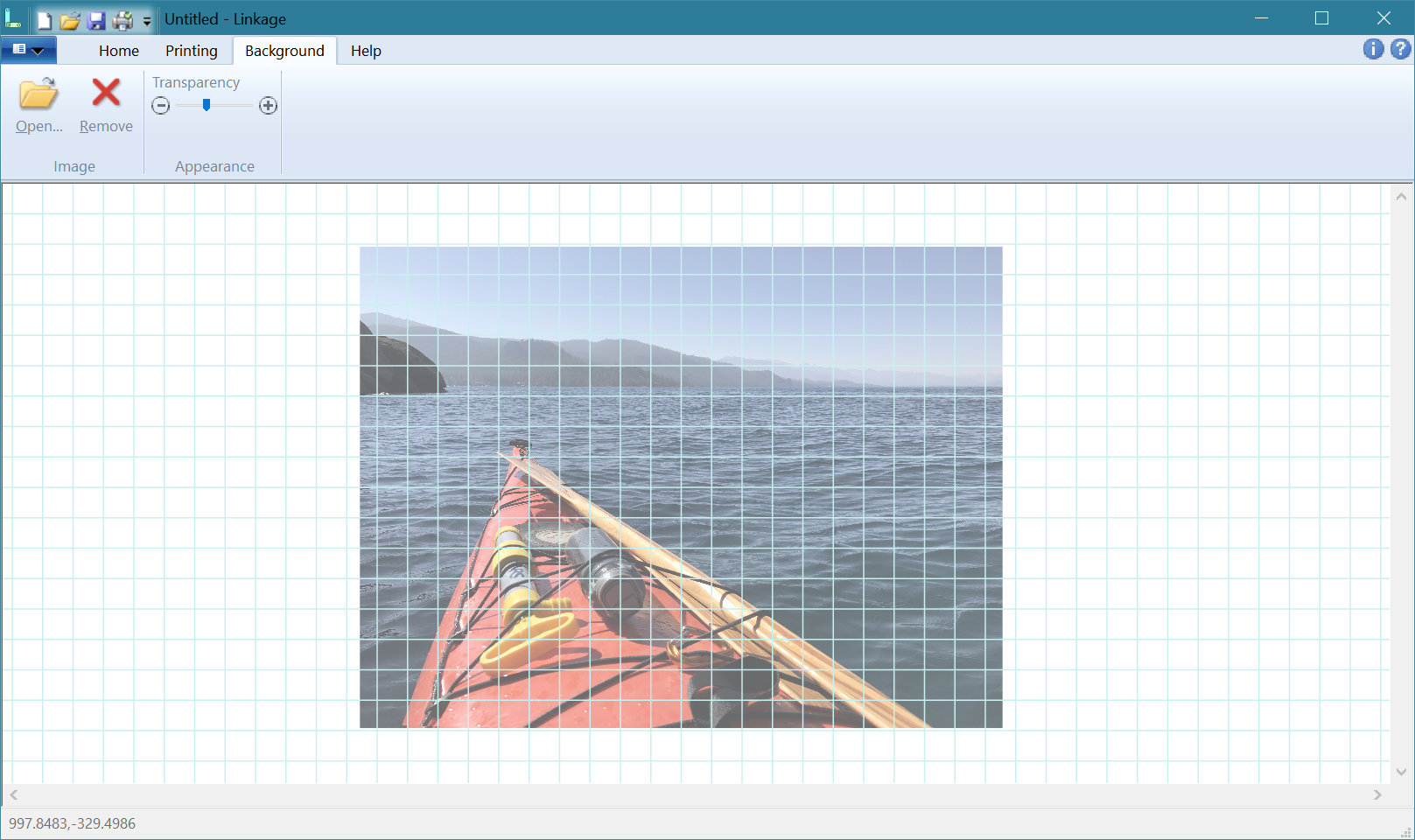 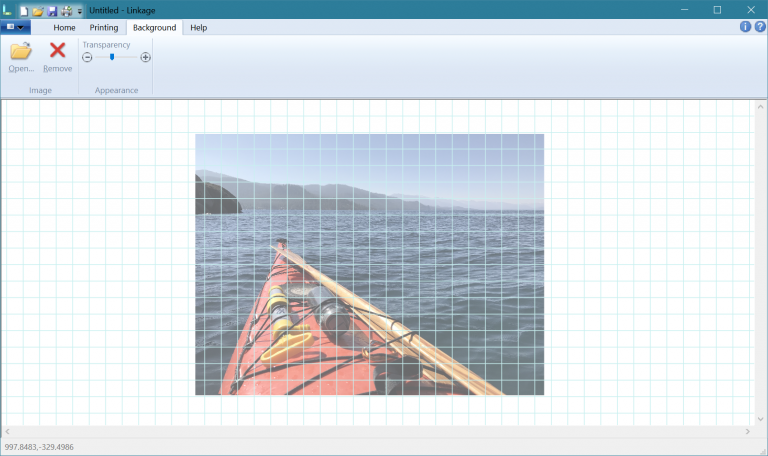 Linkage 3.6 is now available. This new version has a background I mage feature that is “beta”.” This means it is being tested and you can use it if you want to give it a try. but it is possible that the new feature could cause problems at any time.

The new background image feature is available in a new tool bar tab called “Background.” You can open a file, remove the current background, and set the transparency of the background image.

The background of the mechanism window is white so making the background image more transparent makes it lighter.

Good luck with the new version!

Please report problems using my email address in the About box in the Linkage program.