Curves As “Elements” Or As Elements 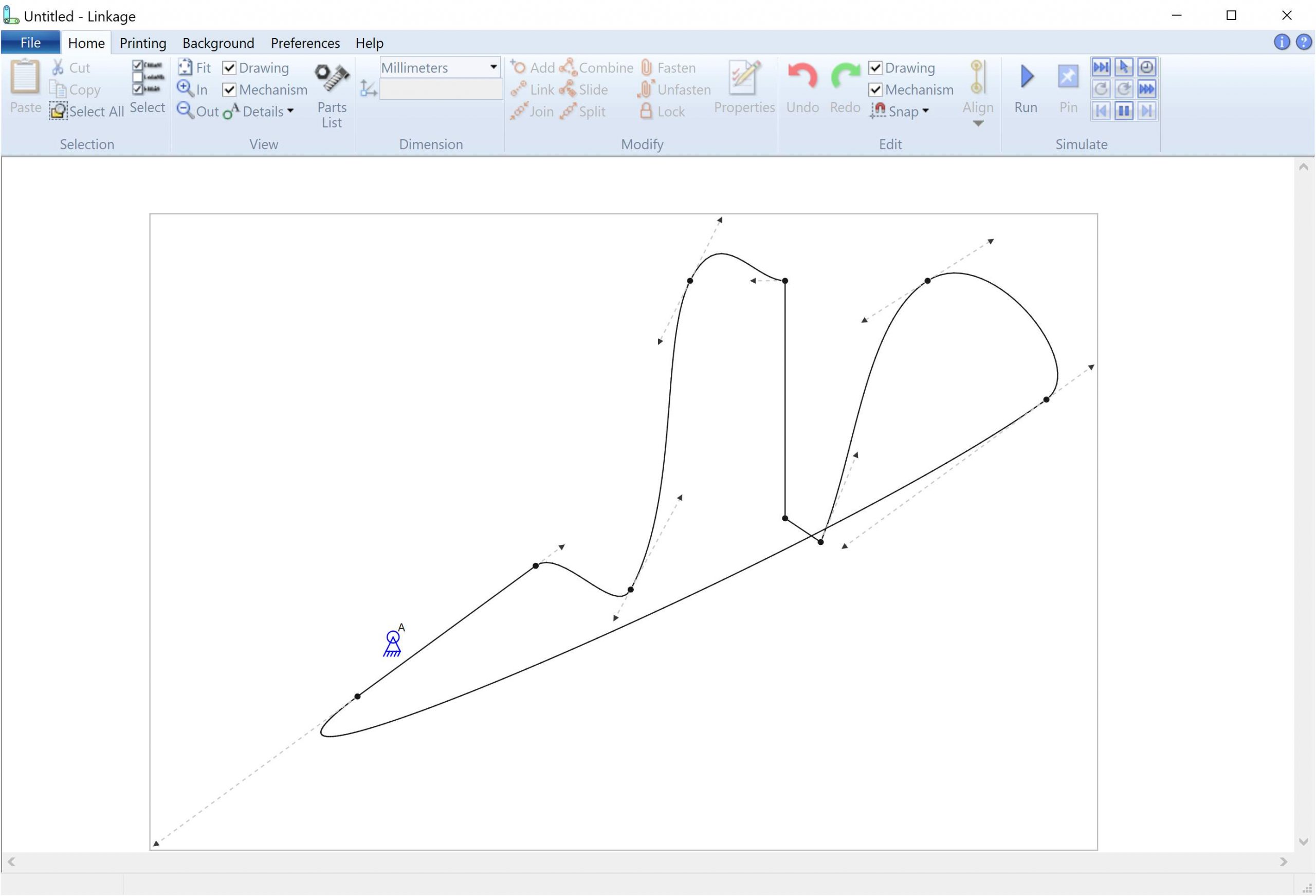 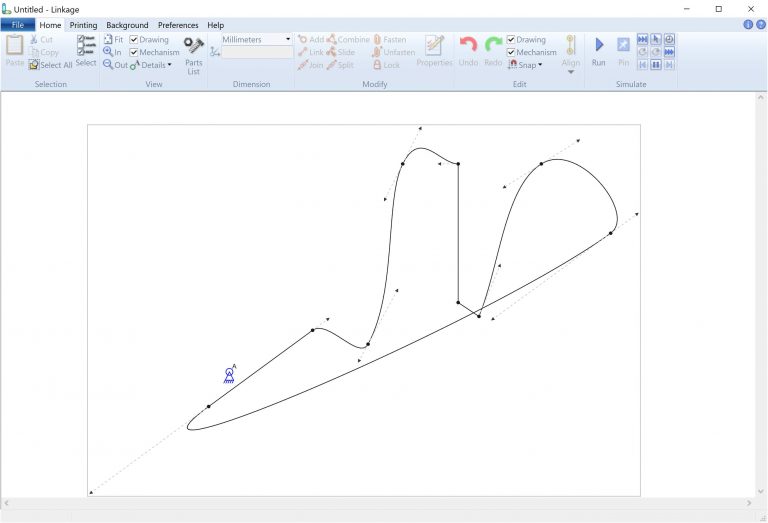 I have no idea why I put “elements” in “quotes” (or why the word “quotes” is in quotes) but it seemed to sort of make sense.

I am still trying to figure out the best way to add the curve feature to the Linkage program. Since a curve, or really a poly-curve, can be used as a slider path on a link, and there can be more than one, it makes sense to somehow make each curve totally separate from any others. If I did that, they would be new curve elements that could reside on the drawing layer or on the mechanism layer. the problem is that then a curve would need to be fastened to a link to move with it. The alternative is more complicated for me because it would entail making curves a part of a link; Think of them like connectors where a link can have any number of them. When a curve is on a drawing layer, it would have a link and probably even some sort of invisible connector so that the code can keep track of it just like other elements. It’s not obvious but lone connectors are actually links with a single connector; A lone curve would be a curve with a link and that link would somehow have that invisible connector. I’m just not sure exactly what’s best and the software is getting quite complex and hard to maintain – I don’t actually remember how all of it works!

I’m going to go with the second option since I dislike the “fasten” feature. And rest assured, if someone uses a drawing curve element and wants it to move with a link, they will need to fasten it just like a polygon drawing element :( But at least using a curve as a slider path won’t require that action. Ugh, now I’m changing my mind back again. Maybe the best option is to do it the easy way and then test it!