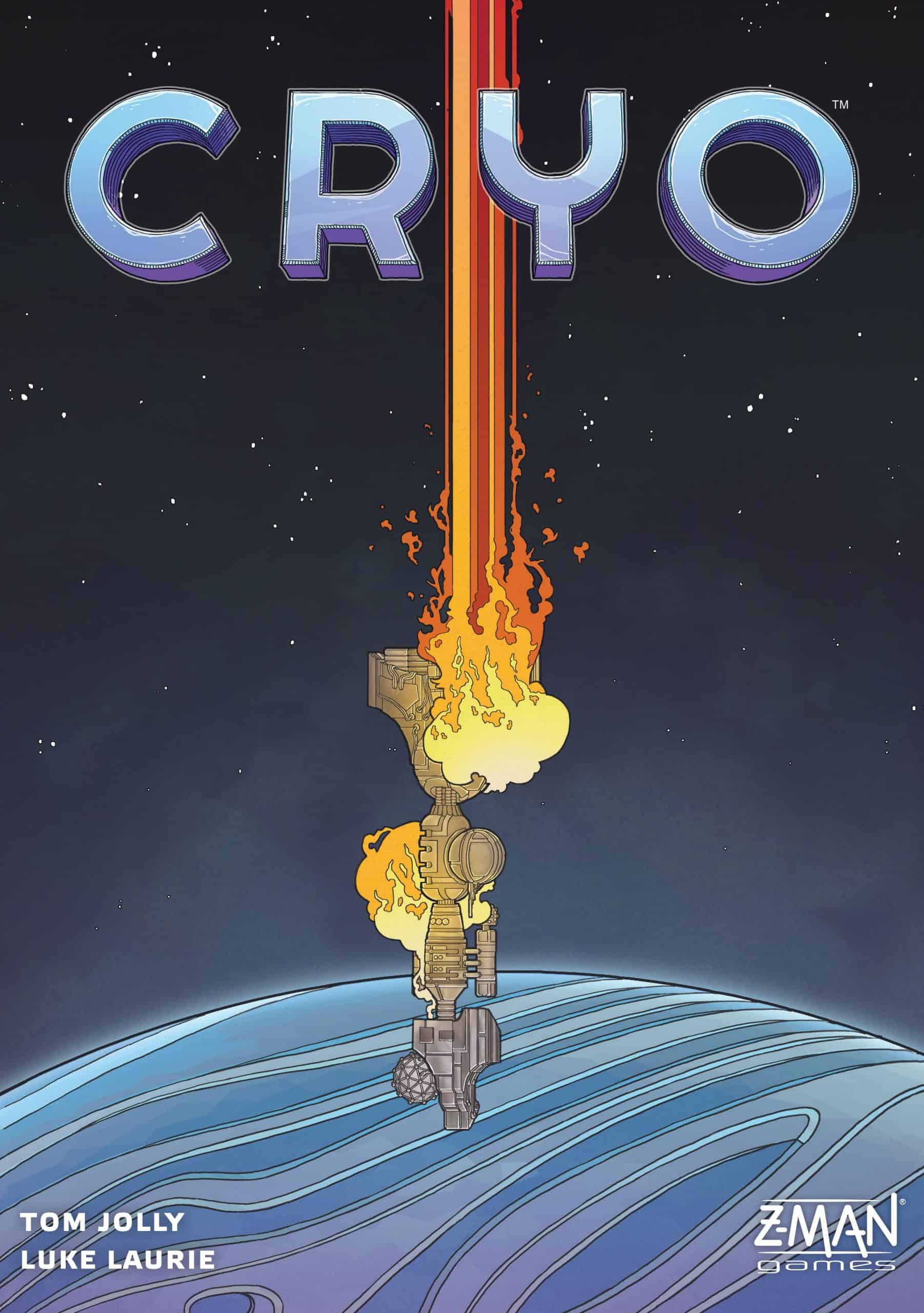 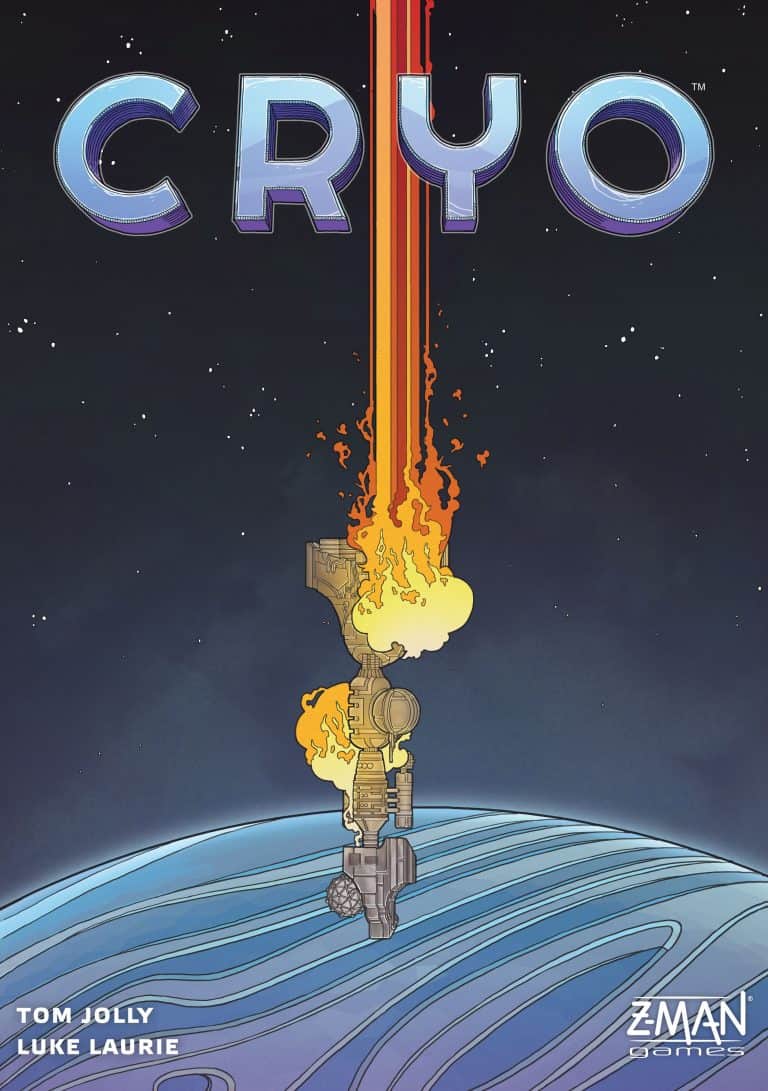 This game is all about rescuing astronauts who are in cryogenic pods before it gets too cold out and they die from the cold. You would think that cryogenic pods would work well in a cold environment but that’s not the case in this game.

There is a bit of a weird contradiction in the theme; if the pods keep astronauts alive by freezing them, how would the frozen planet hurt them? But it’s the one tiny weirdness with a game that is well-balanced, challenging, and fairly fun to play.

In Cryo, Players control a set of drones that they deploy to gather resources and rescue their pods. You don’t care about other factions or their dying astronauts, just your own. Drones are sent from the players landing pad area out to the planet’s surface to gather resources or take other actions that eventually lead to moving pods from the surface of the planet to the caverns. Pods in caverns provide the biggest scoring possibility so it is desirable to get as many pods into the caverns as you can. Thematically, gathering resources to then use to “power” other actions makes sense and the game provides a bit of thematic emersion in this regard. But like most games, there are some not-so-thematic actions that feel fine unless you play games exclusively for the story-telling aspect of the gameplay. Like I said, deploying drones lets players collect resources. It also lets players grab the tokens that represent resources and store them on their landing pad for producing resources later when drones are recalled. The drones can also land on spaces on the board that allow for a card action (because games need to have cards) or perhaps move a pod to a salvage storage area where the pod helps produce more resources during drone recall. Eventually, players will take card actions to draw cards, play the cards to use them as vehicles, and deploy drones to the caverns so they can use the vehicle cards to transport pods into the caverns. This is the game in a nutshell.

Much of the challenge of the game comes from the inability to “bump” another drone off a landing pad. In games like Agricola, each space can be used by a single player. But in games like Asking for Trobils, a player can “bump” another player off a space to use it themselves. The bumping gives an advantage to the bumped player so it isn’t something that is just done casually on every turn. Since Cryo doesn’t provide a lot of landing pads on the planet for some critical functions, there is a lot of competition for those spaces. In fact, I remember more than once recalling my drones early to get out of sync with the other players so I would have better access to some of those locations.

I like this game better than many other worker-placement games because of the length of the game and the complexity of the gameplay. It feels well balanced. I especially like that players start with all of their drones thus avoiding the inevitable race to collect workers in the first few rounds of the game. Here are some other worker placement games and things they do that sort of are weak compared to Cryo:

This is a good game. I recommend it. If the theme and artwork, and the nature of the gameplay, appeal to you, consider getting a copy.