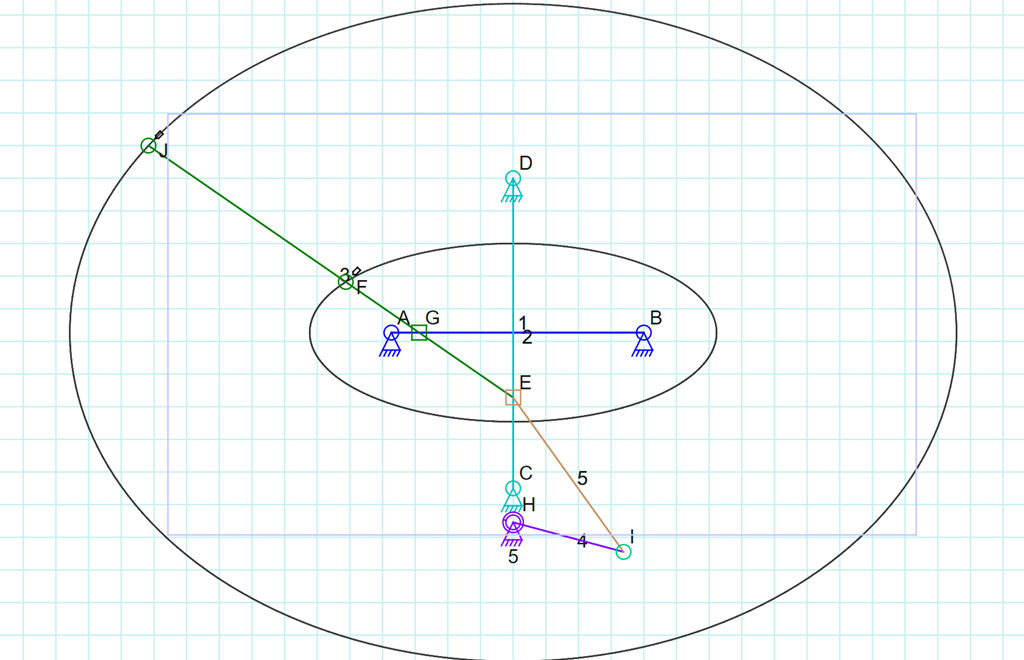 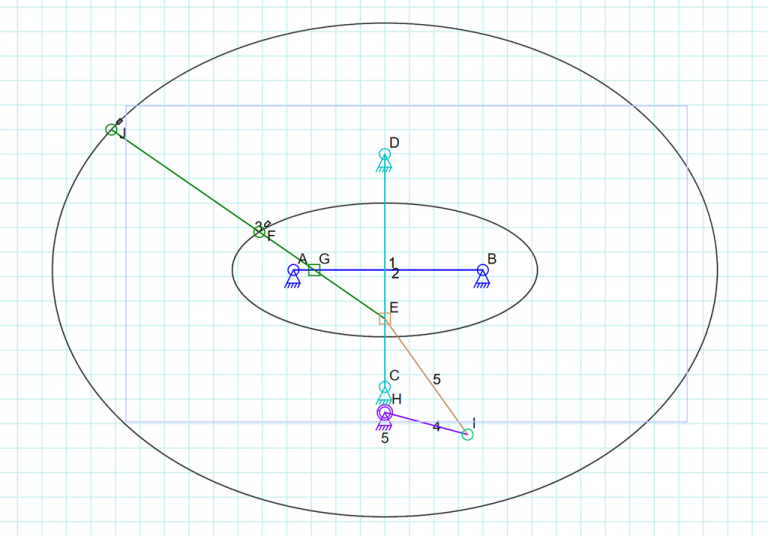 It’s really just a trammel thing that somehow got named after Archimedes. At least that’s one story I read.

I had to add grid and element snapping for sliding connectors in the latest (not yet available) Linkage program. That was a tough feature to code because I needed to snap based on horizontal or vertical snapping distance to a point that is on the slider track but since slider tracks can go at any angle and even be curved, I had to use line and circle intersection code to find the possible snap points then  only include those that made sense (not a mile away from the sliding connector).

It also turns out that if momentum is not turned on, the mechanism can oscillate instead of fully rotate. That’s because when it gets half way around, connector G in the picture above can end up not crossing the vertical center of the mechanism – it just gets to center and then gets pushed back the way it came. A real Trammel would not have that exact problem since it would be driven by a force on the outer arm and the sliders would naturally get pushed in the right directions. I have no way to motorize such a machine so I have no way to make a simulation of such a machine either. This worked out.

Linkage 3.7.7 can be found here: http://www.rectorsquid.com/beta/linkage.msi