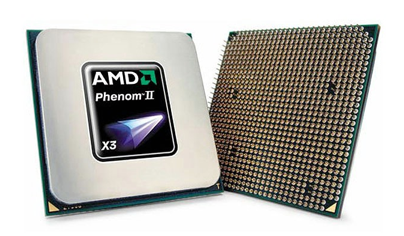 I was using a 2.8 GHz AMD Phenom II x3 chip for quite a while. I bought that chip because it was a bit cheaper at the time than the X4 version and it was a huge upgrade from the single core chip that I had before it.

While looking at processors lately, I saw that the X4 3.2 GHz version of Phenom II chip is very inexpensive now. They go for as low as $60.00 online.

One interesting thing that I noticed is that there are a lot of choices when buying a processor. I might have been able to find a lower power version of the same chip or I could have gotten a 3.4 GHz or a 3.0 GHz version. There were a few more options but some variations were just not available on eBay. The 3.2 GHz chip seemed to save me a few dollars while also being a clock speedup for each core. 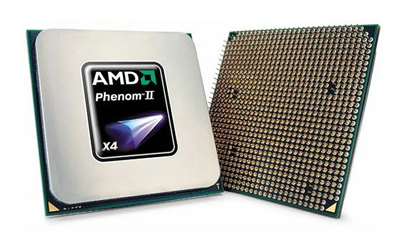 The AND Phenom II X4 Model 955 AM3 chip is nearly identical to the X3 chip that I have. I read somewhere that the cache sizes in some chips differ but I suspect that my X3 is just an X4 chip that was modified due to a bad core. But really, I’m not sure if I had a Phenom II or an older Phenom chip. it’s been quite a while since I bought it.

Before I bought the new chip, I had to make sure that the 955 model would plug into the AM2+ socket.

Sure enough, the new chip plugged right in. A little application of thermal paste and clamping down the heat sink and I was done. Windows booted the system twice, probably because somehow the 3 core selection for the previous chip stuck somehow and the system settings had to get changed. It was nice to have it all working without me changing any BIOS settings.

Battlefield 3 online now plays at around 40 FPS instead of about 30! I don’t have any other multithreaded programs that require a lot of power but the small boost in clock speed is also helping.