Worst Game of Pipeline Ever 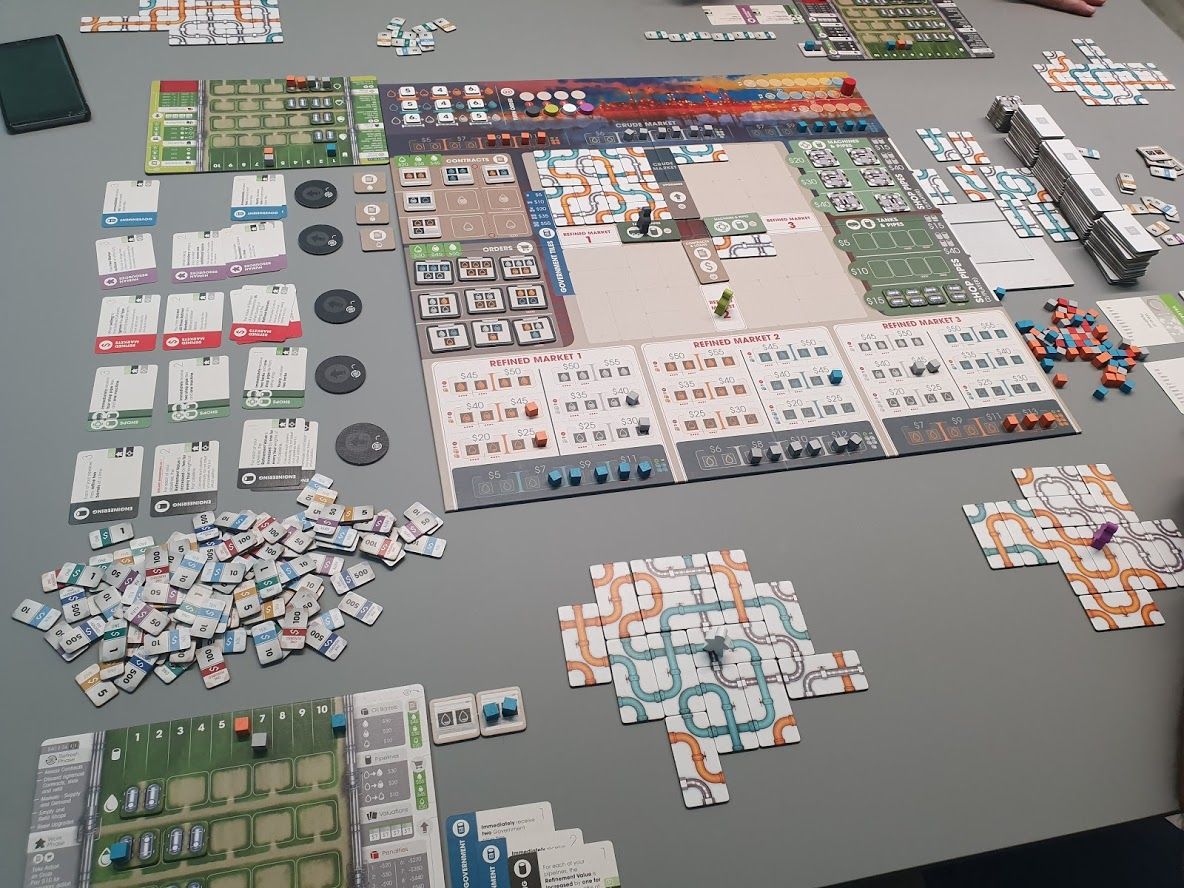 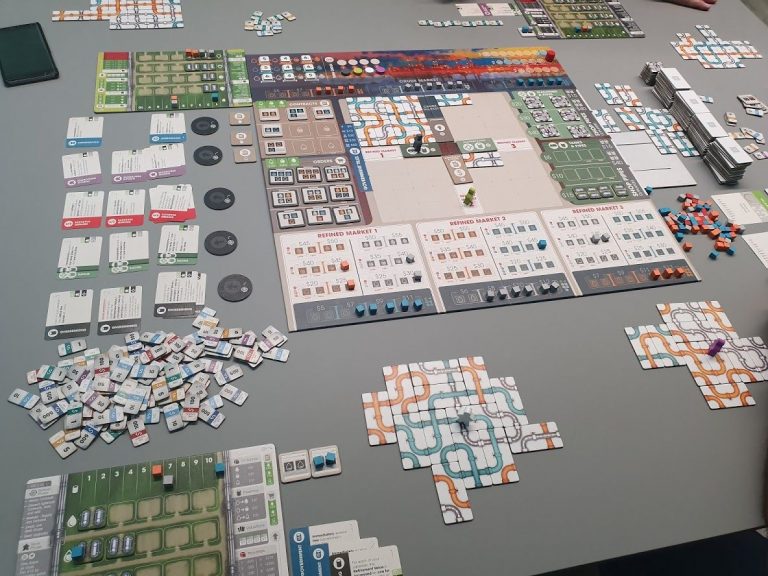 Last night, I played my worst game of Pipeline. I had a good thing going with a machine to run three pipes and multiple contracts for low-grade oil. That got me some income early but I never managed to leverage that into something better.

Pipeline is a board game about oil refining. The mechanics of the game are a combination of worker placement, engine building, and some sort of puzzle-based network design. A player uses their one worker to decide what to do on their turn. They can buy oil, usually but not always crude, buy tanks and machines, or buy pipes in the form of tiles with various pipe shape combinations on them. The pipe pieces can’t be rearranged once they are placed in the players pipe network and that’s where the puzzle-based network building comes in; It’s like a little mini-game where the player designs the way the pipes are connected in the most optimal way possible based on the limited set of pieces available to them. There are also upgrades available to purchase and a few other actions like taking a loan, but the essence of the game is in buying pipes, buying oil, and then running the pipeline to refine the oil.

So what did I do wrong? The first thing was not really pay attention to the end-game bonus cards we had randomly selected. I got some contracts but there was only a bonus for orders, not for contracts. I also designed a great set of pipes for refining three grey barrels of oil one level at a time but I never got a fourth pipe coming out of my machine. I should have diversified a little more and tried to refine blue or orange barrels as well as the grey I was working on. I never got an upgrade which could have provided a little more income through higher refining or allowed me to take an extra action on some turns. The board also conspired against me and when I could pay to take a second action on a turn, the second action I wanted was never next to the primary action I had taken (there is a rule about taking second actions that are adjacent to the primary action).

It was one of my best played games at first but I faltered and never took advantage of some early income. I ended with a score below any score I had ever had in this game. But it was still fun!