The Watt parallel motion linkage is show on the internet numerous times. A simple “watt parallel motion” search for images yields enough results to make anyone happy. The interesting thing about these images is that they all look different. Well, there are a few variations that make me question some of the designs.

I have borrowed a few images to show what I mean. 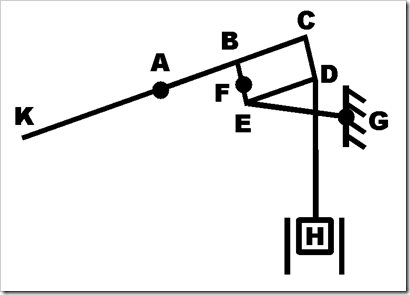 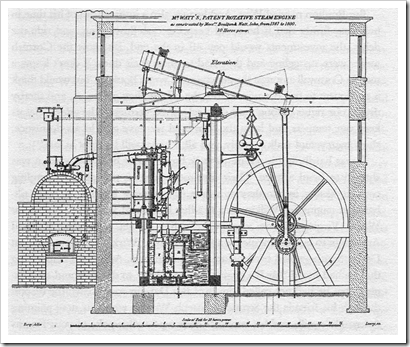 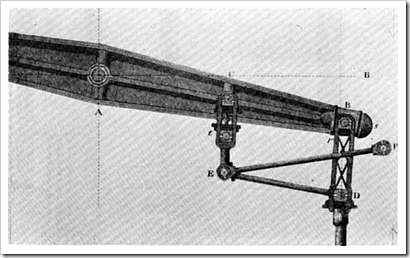 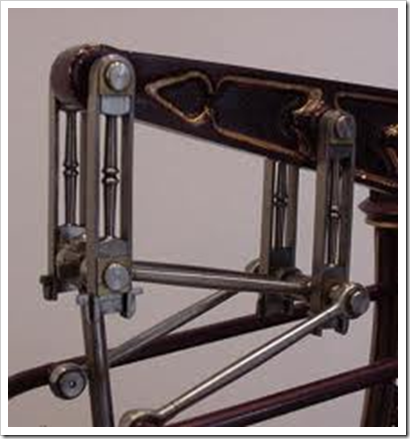 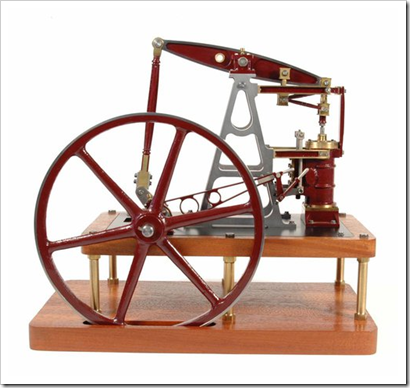 If you look at these images, you may not spot the difference in the designs. Look at Example 1 at connector G. This connector is to the right of D and H. You can also see this same design feature in Examples 2 and 3. Now look at Example 4 and Example 5. You can see that the same connector G is lined up with G and H.

I was intrigued by this design difference but could not explain it. Could Watt have made some sort of mistake? Or did the builders of the working models just get it wrong? I believe that the builders of the mechanisms in the models got it wrong and did not understand the mechanism as Watt designed it. Although they did simplify it and made it easier to understand, they still got it wrong. 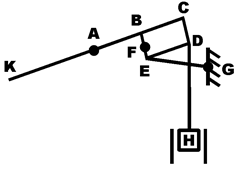 Although the Watt mechanism drawing above might not be exactly right, it can be used to possible explain what the mechanism does and why G does not need to be in-line with D and H. I am still trying to understand the exact nature of the design so my explanation may be a little off.

The Watt drawing from 1808 shows what is supposed to be happening. When A and D are connected and the mechanism is moved, E will move in a straight line. This is the essence of the Watt parallel motion concept and is why that connector G in the Watt mechanism picture (two above) does not need to be lined up with D and H (in that same picture).

Point F in the picture (two above) moves in a straight line and because point D is essentially an extension of F (not of E as it appears).

Looking at the Watt drawing and the picture of the mechanism that comes from it, it is clear that the working models of the engines were built on the same principals but with the positions of things simplified because of a lack of understanding of this complex issue. If the builders of these working models had a blueprint with measurements, they could have built their engines accurately to what Watt designed and also simplified the connection at point G.

The Linkage program now comes with this as one of the sample mechanisms.