I don’t think that I posted anything about designing a board game. My daughter and I have been playing lots of board games recently, maybe to be able to play together and not with a screen in front of us, and then one day I started creating a board for a game. 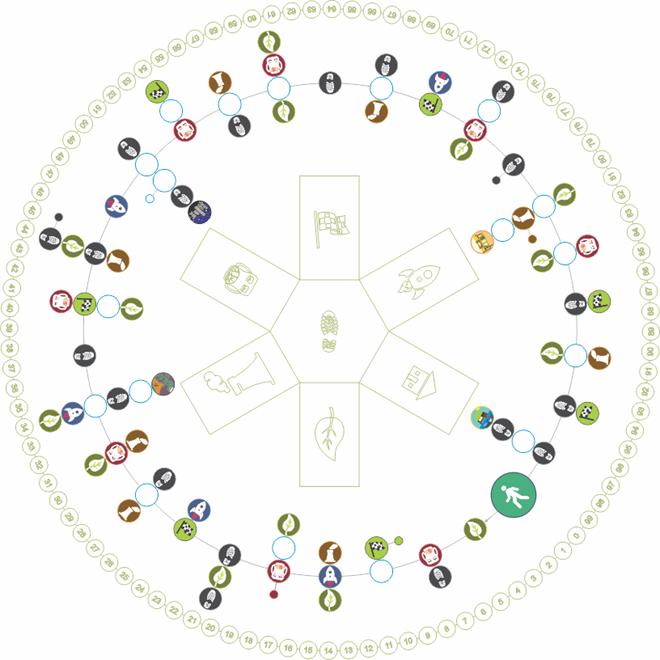 Our game doesn’t really have a name. I just picked “Roundabout” for this post because the game is travel themed and, believe it or not, it’s round!

This game is loosely based on Tokaido. I took some ideas that I thought were really great and threw out some even better ideas (because Tokaido is a great game and stealing is bad) and came up with this.

I started out wanting a round board. There is something cool in having a circle with little circles around it. At least for me, I find it aesthetically pleasing. So I figured out about how many spaces I needed around the board, 36 being a good starting number since each is 10 degrees from the next. Then  draw a bunch  of circles. I didn’t keep a good pictures of that first game board, just this piece of a screen shot: 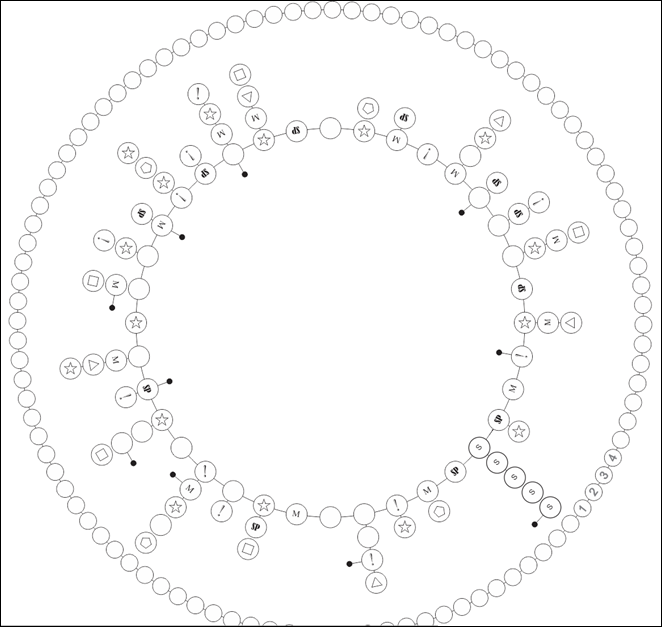 The first version of the game just used some initials and geometric shapes for the spaces on the board. I used old business cards to write symbols on them. We played it for a few turns before thinking it would work and that it also sucked without proper cards.

We recently made the new graphics (the first picture in this post) and printed cards on card-stock with front and back images to match the spaces. Here’s some samples of our graphics taken from the instructions:

We are now trying to refine the rules. There are two things that are giving us trouble:

We have been using the Start space as the End space on the board. As soon as a player reaches that space, the game is over.

For the side paths, we tried moving out on a side path and then back in, stopping on each space going in both directions. We also tried to go from the end space on the side path right back to the next space along the other side path or along the main path. That was hard to follow while playing. Even going out and back was hard to follow. The latest idea is to jump from the end space back to the space on the main path, which will always be empty. Then no active space gets repeated while taking a side path.

We’ll have a few other players give us some feedback this weekend. I look forward to reporting what they think and also posting about how the game design progresses.