Plans for relaxing? Nope. I am sketching out ideas for the RELAX sculpture. 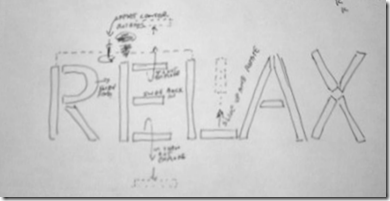 These are just ideas. Once the movement of every part of the sculpture is planned, I will either make some detailed plans or just make one part at a time until it is all working. 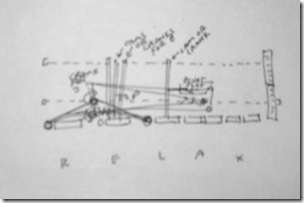 Here are the ideas so far:

I don’t have any more ideas worked out. Maybe the upside-down V shape of the A will spin around like an arrow going around the X. I’m not sure yet.

The mechanism will also have moving parts that look like pistons, cranks, and rocker arms, that all move around as a distraction and to take up more space. This will be even less planned and I’ll add stuff until the mechanism seems so complex that it cannot possible do anything.