I‘m not really testing HTML5 on my new iPad. I’m just playing games. Planetary Defense is the only thing I’ve written and it works way better than expected. 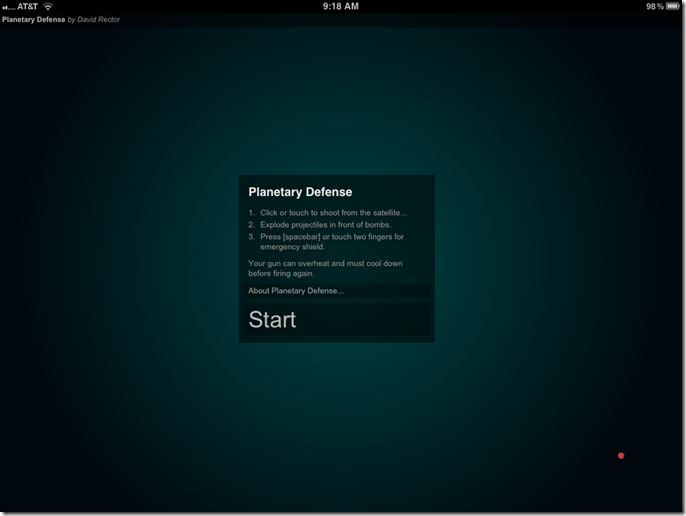 Take a look at the little red dot in the lower right corner. Here it is blown up: 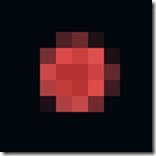 The odd thing is that this is 50% resolution. In other words, each thing that looks like a pixel in this image is four pixels (2×2) on the iPad screen. I have no idea why the iPad was doing this but it stopped a little later.

The text looked the same before and after this as you can see in the big image. Since I have this snap shot of the screen, I know that I wasn’t imagining it.

I just captured a screen on the iPad that looks correct. Here is what that red circle should look like. The background is a little different because of the location on the screen but this is otherwise the same size circle: 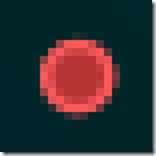 The game has three “levels”. While playing, the difficulty increases by having more bombs show up. At first, there are just enemy bombs. After 60 of them, or was it 40, the difficulty goes back to the original value but enemy projectiles start to target the satellite. These things will fly around the planet to get to you! After another 20 bombs, the difficulty is reset again and the satellite is orbiting a small moon that it itself orbiting the planet.

I’m stuck there because the game gets hard quick and also because adding enemy projectiles would require that I write code to avoid the moon as well as the planet. It was hard enough avoiding the planet but avoiding both would be tricky. Still, it would be a great programming challenge.