My dad gave me his old million machine. It’s a Benchmaster mill and it works pretty dang well compared to using a hack saw and filing. 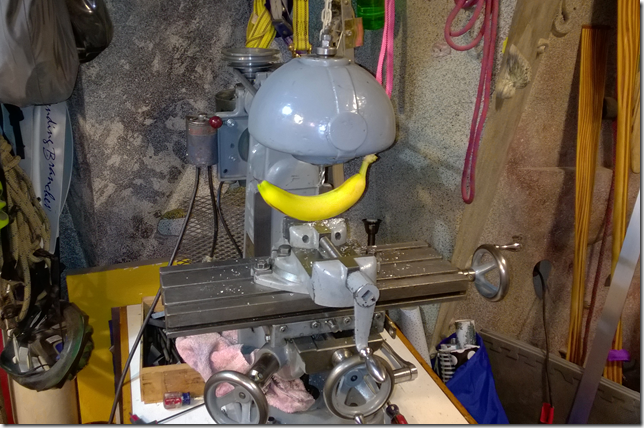 I’ve learned a lot about milling in the last few weeks, but nothing that would get written in a book. Mostly, I’ve learned about how it feels to cut metal. 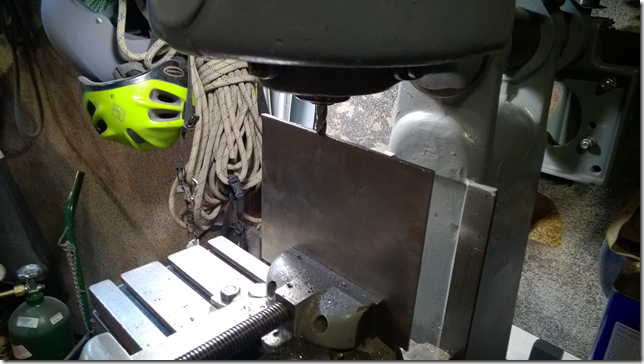 Cutting the edge of the steel plate, seen in the above image, is not a standard way to cut stuff. The metal has way too much flex for this to be “good.” I did discover that a climbing cut, where the tool wants to drive itself up and over the cut, works great for this. The standard cut causes the bit to catch the metal and pull it into the bit; because the metal can flex, this causes a bigger and bigger bite for a few turns of the bit until the metal has enough spring in it to pull away before it gets really bad. It’s not smooth. the climbing cut actually pushes the metal away from the bit and that puts the sheet of steel into a constant state of bendiness (bent-ness, flex, bend). it worked well once I figured that out.

The big metal plate now has two sides that are within 1/1000th of being parallel. That’s more than I could have hoped for doing this myself. I wonder if there’s a way to get it a few 10,000ths more accurate.