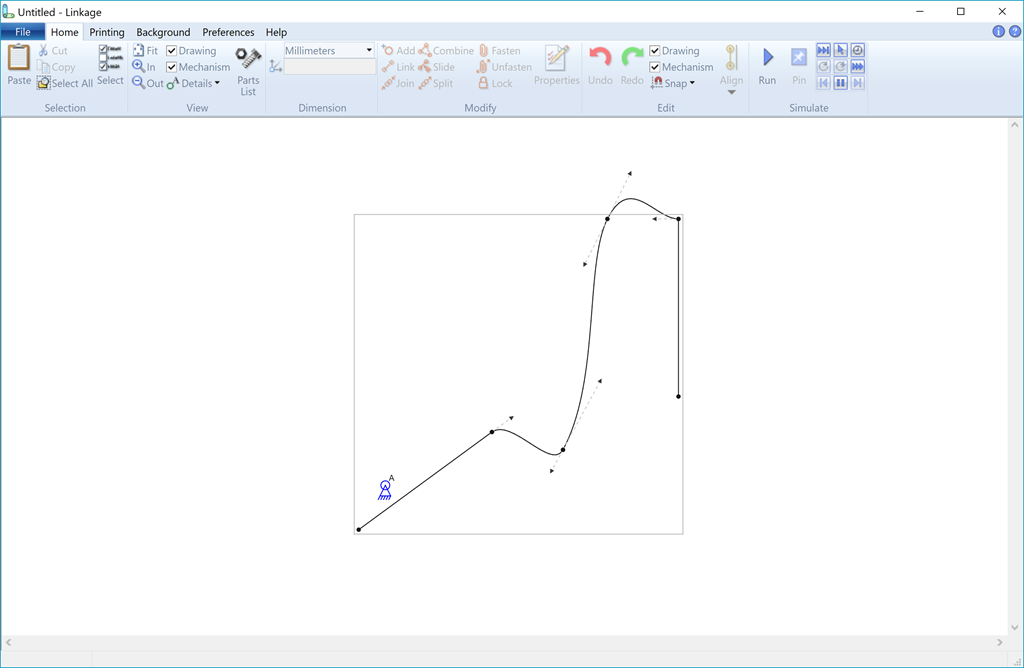 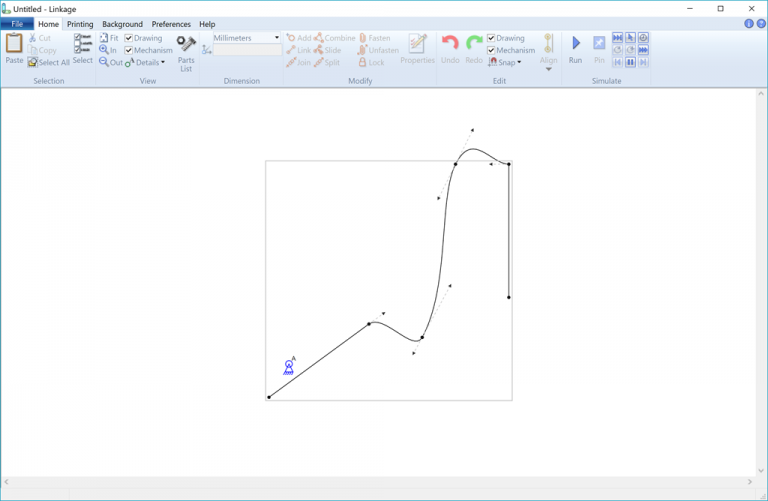 I did a little work last night to the node smoothing code for the end points of the Bezier curves. I also added code to handle line segments withing the compound curve. 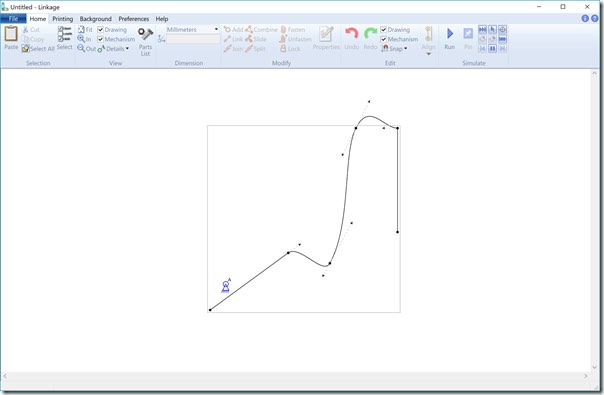 The first and last segments are now lines instead of curves. Notice that the smoothing works as expected and the control points extend from those line segments. I also set the fourth node (starting at the lower left) to be symmetrical. This curve is still hard-coded although I did add code to set a curve from a set of points as they will eventually come from the Linkage file.

I didn’t catch the issue yesterday but today, it’s just jumping out at me: The selection box doesn’t include the control points of the curves and the curve goes outside of the box. Whoops.