Kayaking Across The Bay 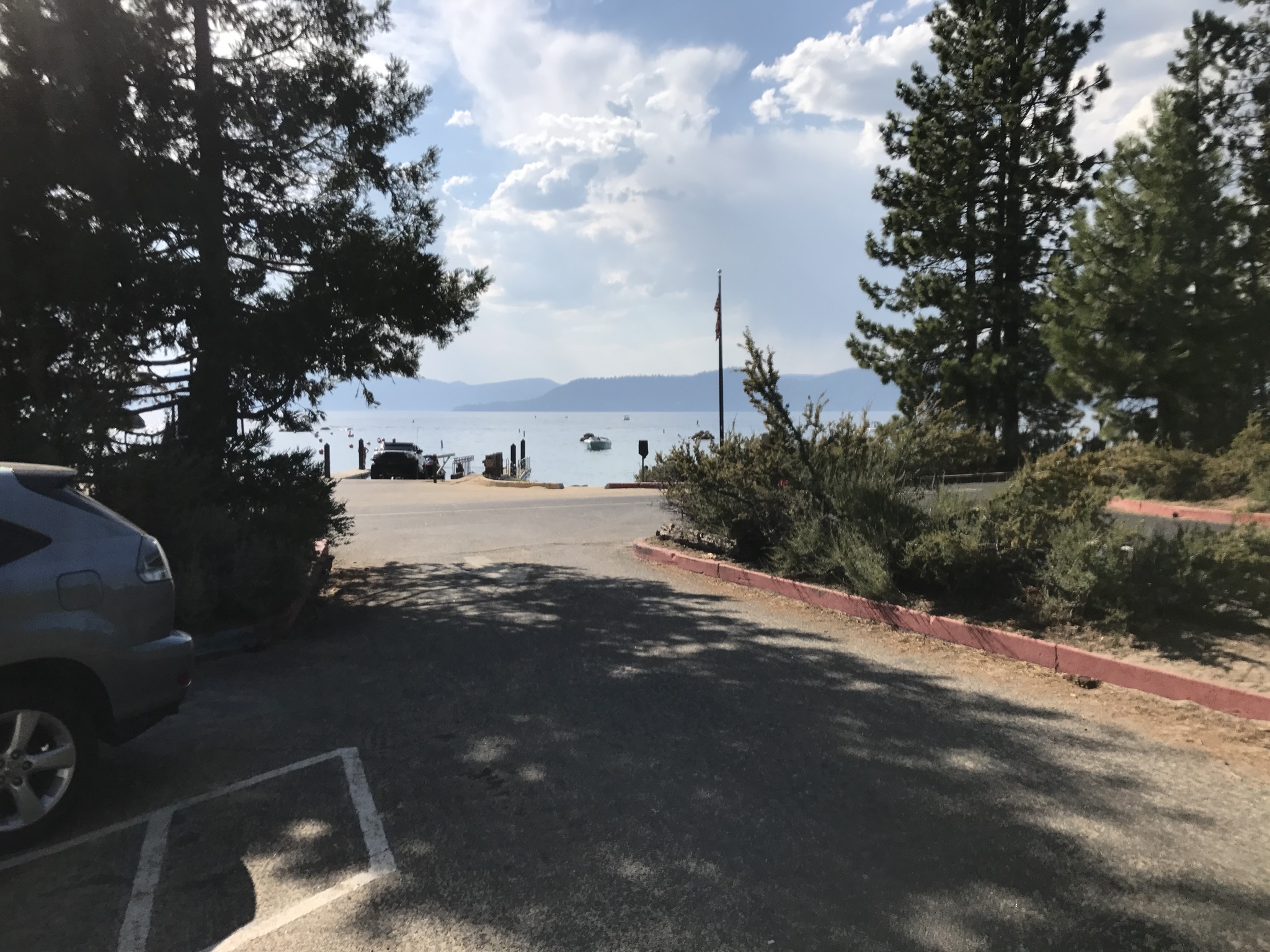 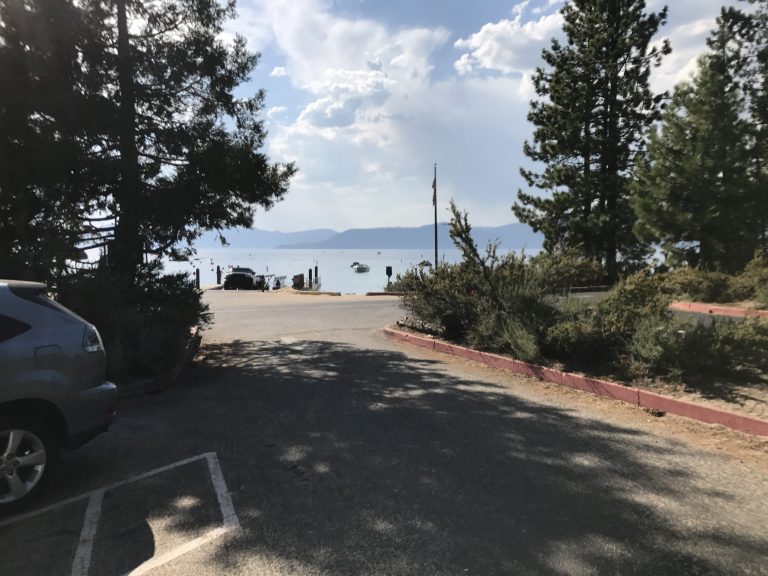 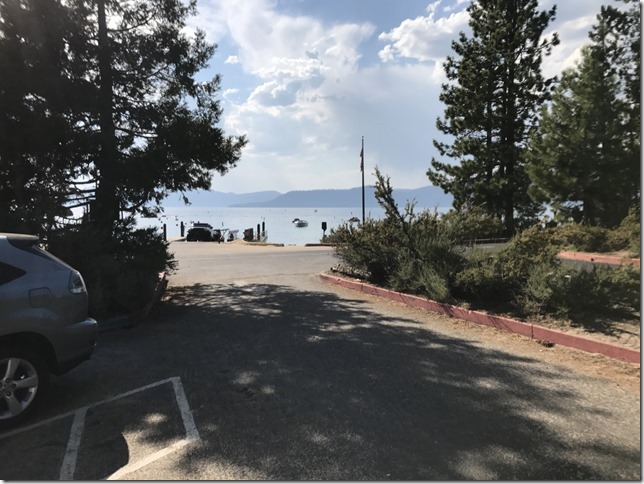 Starting at Sand Harbor in the evening. The point, just above the boat being launched, is the destination four miles away. I hope to get there in an hour.

The pictures were taken through a phone dry-bag so the quality is not quite great. 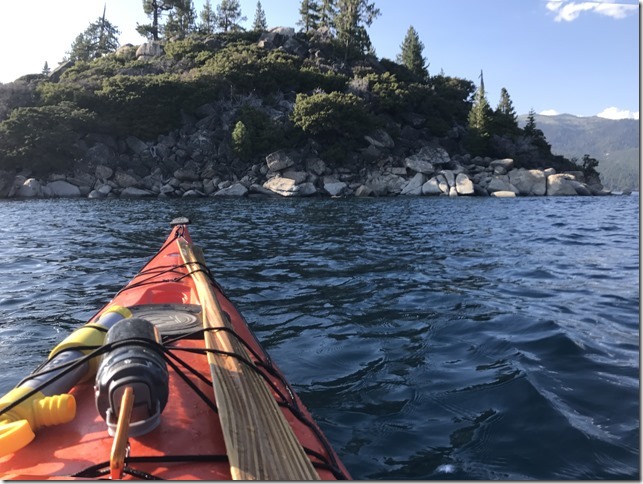 The destination has been reached. It got a little breezy out about half way across but nothing worth worrying about. In fact, it was a blessing since it was dang hot at Sand Harbor. 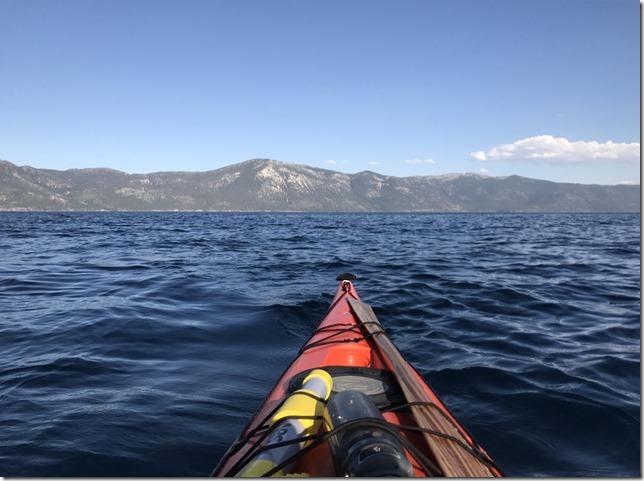 About to paddle back. Sand Harbor is on the far shore just to the left of the tip of the kayak. The three scars on the mountain point to the right side of the Sand Harbor park area and make for a good target. 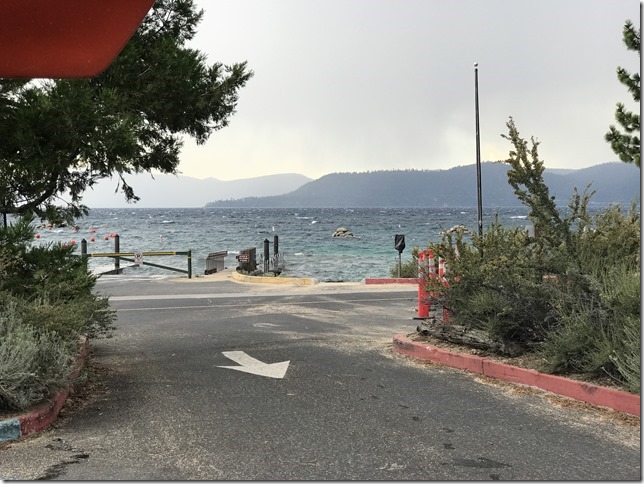 A few days later, I played in the surf! It got super windy and the beaches cleared out and there were no boats on the lake. I didn’t try to paddle more than a few hundred feet in any direction and instead just tried catching waves for a while. The place was a ghost town when I left – only the park ranger was left.