My new laptop, a Samsung Ativ Book 8, came with some Norton/Symantec software pre-installed. It came with a lot of other crap too. Since the Norton software is trial software, I uninstalled it using the “Remove Programs” feature in the control panel. That did not, however, uninstall the Norton Studio app from the Start Screen.

Desktop programs and Windows Store apps are installed and uninstalled using very different mechanisms. They are not at all the same.

Let’s get something straight; Pinning an app to the Start Screen is just a way to make the tile show up. Unpinning it makes the tile go away. Unpinning IS NOT uninstalling. The guy from Norton online chat was fair in telling me to unpin the app, but he didn’t know anything more than that.

The normal way to uninstall a Windows Store app is to right click, or quickly swipe down, on the tile. The application bar on the bottom of the screen will appear and there should be a button to uninstall the app. The Norton Studio app had no such button. The unpin button was the only available option.

The trick, and it is a trick, is to uninstall the app without using the Start Screen at all.

Power Shell To The Rescue

Go to the Start Screen and start typing “powershell”. The small tile for the power shell should show up on the left. Right click or swipe down on it to get the application bar, or appbar, to show up at the bottom of the screen. 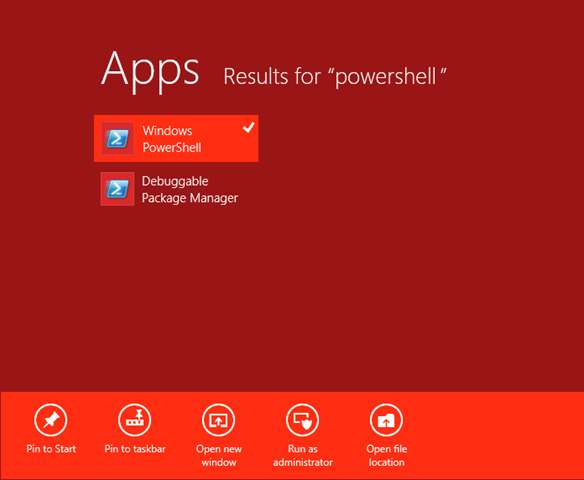 Click on the Run as administrator button in the appbar. 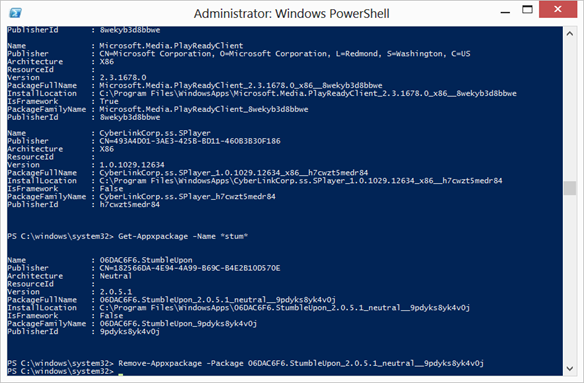 You can see in the powershell window shown above that I recently typed Get-Appcpackage –Name *stum* (or is that command ‘Get-Appxpackage?). This did a search for all Windows Store apps that have “stum” in their name. The Stumble Upon app is another that I needed to uninstall. After I got the details about the app, I simply typed Remove-Appxpackage –Package 06DAC6F6.StumbleUpon_2.0.5.1_neutral__9pdyks8yk4v0j. This uninstalled the app.

I believe that it is possible to uninstall many preinstalled apps. I have not tried it, but I think that even some of the Microsoft apps, like the Windows Store app itself, can be removed. I didn’t try it.