Done with the Crossword Puzzles

I got the puzzle generator working well enough to generate the puzzle I needed. I’m done with this project.

It was interesting when I decided to add clumped words to the algorithm. Four words can all come together  in a four-letter clump. It’s a situation that the normal one-word-at-a-time processing can’t find because all four words depend on each other. 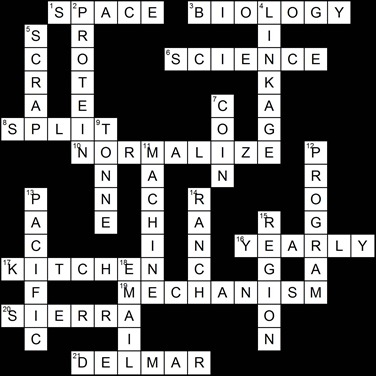 The example in the image above has a few clumps. If I was going to work more on this program, I would try to develop some sort of algorithm to find these on the fly instead of testing for the special cases before placing things in the puzzle. It is possible to have a clump of five words coming together in a clump of six letters but it was hard to even make up an example when I wanted to make sure it was possible. I won’t be coding for it anytime soon.

Since this is done, or at leas the current algorithm is finished, I will describe how the generator works. It is not sophisticated.

The user can save a “best” puzzle at any time as a set of bitmaps; one with a solution and one with empty squares (except for across and down numbers).

That’s it. The clumps are special cases and the algorithm for building the puzzle tries to place them just like placing a single word. it’s not clever enough t0 handle any other clump scenario but more complicated clumps are not so likely with short words lists of ten or twenty words.

I will add a new post when I make a web version. the only trick there is that the server cannot run a PHP script for a long time and JavaScript and PHP might both be a bit slow. Neither is a very good object oriented language for this type of thing either.