In keeping with the exhibitionist-diary concept that is called “blog,” I’ll write something today even though I have nothing going on worth writing about. 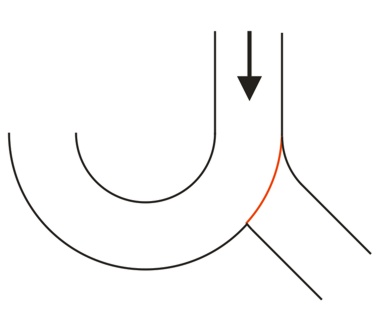 Figure 1 shows the layout of the track for the RBS at the switch. The black lines are the fixed track and the red curve is the portion of the track that needs to move or switch in some way. Somehow, the red track needs to move to switch directions. A simple pivot is not possible because the result might look like what we see in figure 2. 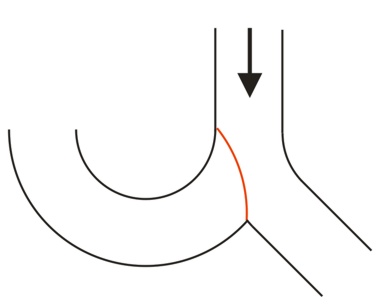 Clearly, something else needs to be done because it is impossible to simply rotate a small section of the track and have a working switch. 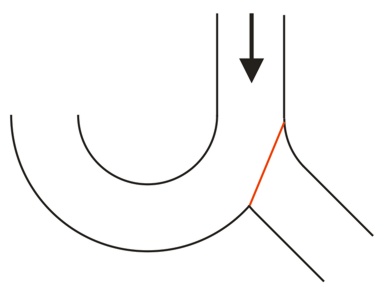 It is very clever but also very ugly when you look straight down on the track. I would much rather have the proper curve at that location.

I also have the option of not using a switch and only having one path. I only opted for two paths because I want to have a loop and that usually takes a lot of energy and makes the track get to a lower area of the RBS in a very short distance. I want more track up high to make the sculpture more interesting. If I put a switch on a lower section of track, I could opt for a switch that has no actual curves. A sudden change in direction is not noticable if the amount of change is minimal.

Figure 4 shows a long switch with no curves. This would work fine and the small change in direction would not be noticeable. The only problem is that I’m making a switch that is at the top of the lift hill and is the highest point on the entire mechanism.

I’ll keep working on it to see if some more clever switch mechanism comes to mind. The requirements for the best switch would be that the path through the switch is a smooth curve and that the switch itself can be switched using the weight of the ball on some sort of level. Something that is very fancy but needs a motor to switch would not be good since motors are prone to failure and require electrical switches to trigger the movement and wiring on parts of the sculpture that would look bad with wires showing.