I have a new part built for the new Rolling Ball Sculpture. 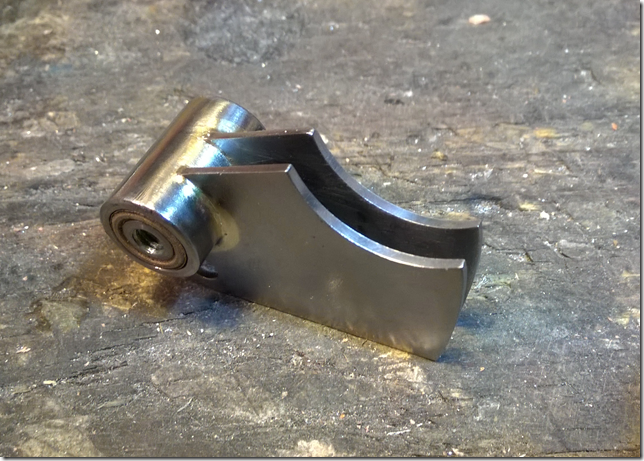 The small lifter part is the lowest lifting arm on the mechanism. This part lifts the ball off the frame to a position where another arm can take the ball. The ball is lifted by this part so that the ball doesn’t hit any other ball sitting on the track. The curve at the end of this part keeps the second ball in place while the first ball is lifted. The center shaft and bronze bushing can be seen in place in the tube 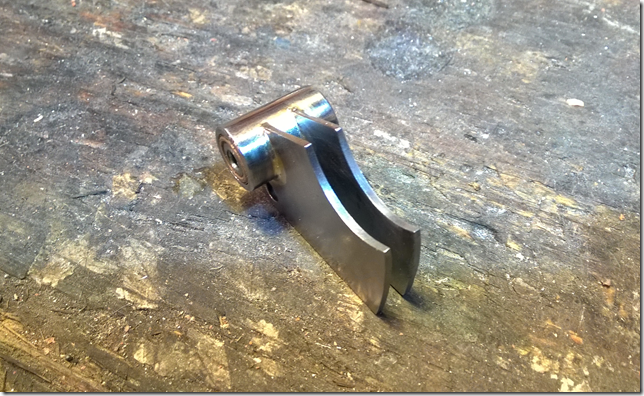 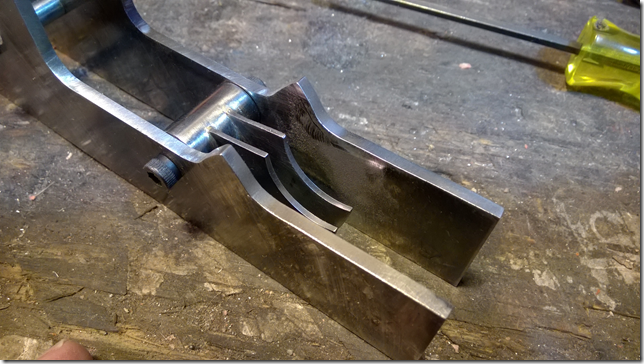 Above is a picture of the small lower lifter in p[lace in the frame. Later pictures show it with a ball in place and then with the lifter part temporarily lifted into place with a small block of scrap. In the final mechanism, there will be a connecting link at the bottom of this part that connects it to an idler link and then to the crank shaft. The link that picks the ball off this part will move inside of the frame and outside of the two rails of this lifter. The tight fit is one reason why I used 16ga steel for this instead of the larger .120 steel plate used for the frame. The 16ga is also lighter thus no counterweight is needed. Well, at least no counter weight is needed yet. I may have to add some counter weights to the mechanism somewhere if the weight of the ball becomes a problem. 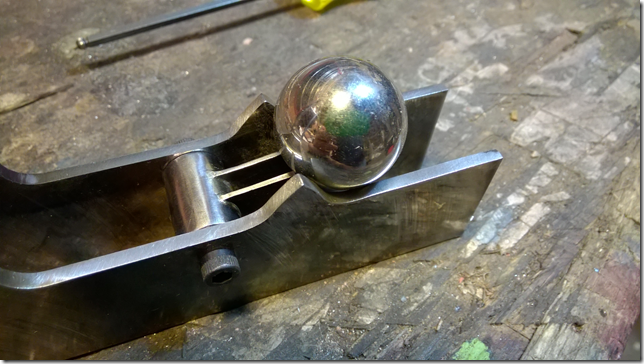 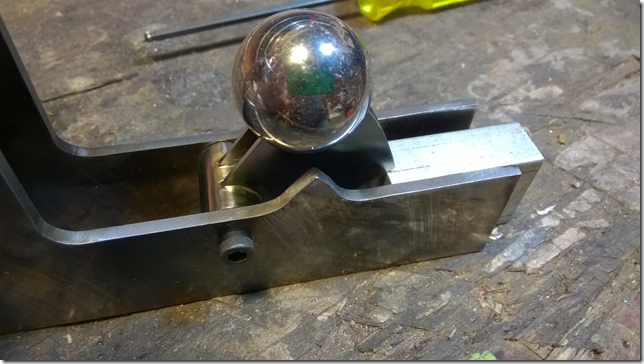 The ball is probably higher in the picture above than it will be once the mechanism is working. There will be a lot of finer tuning needed on this part because another link is going to pick up the ball from this and move the ball outward (to the right) while lifting it up. I will need to have the ball lifted high enough to not touch another ball on the track below it while also not being lifted so high that the ball be pushed down against this part as it is pushed to the right during the lift. I can flatten out the right side of the curve where the ball sits, but anything more than a slight change might look weird; I like how it looks now with a perfect circular curve to it. 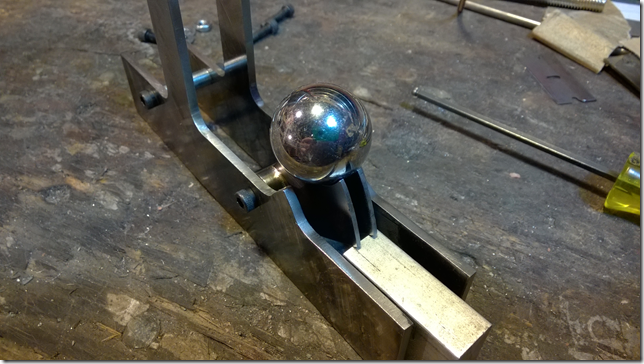