But that was not the end of it. I changed the mechanism to something that would work and it doesn’t work. it’s another special case that I didn’t handle properly. 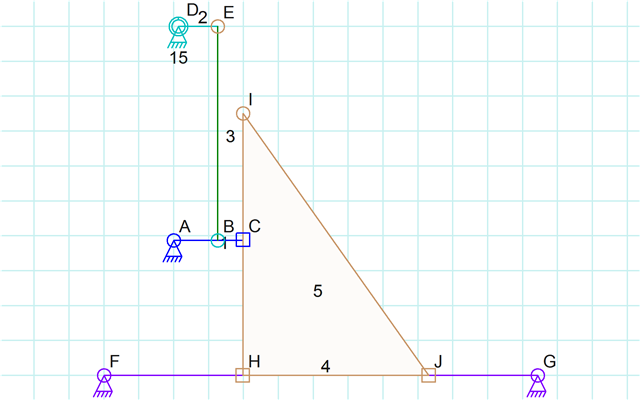 The solution is fairly simple. I just write some code that finds all sliding connectors that slide “on” a link and then see if a sliding connector is in a fixed position. Then, with a little crude line movement and rotation, I find where the link needs to be. that crude live movement stuff is what I’m working on now and it’s challenging. Mostly, I just need to take the original positions of the various connectors and then move and rotate them based on the new position of that sliding connector. I have it a bit wrong right now but it’s close enough to know that it should be easy to finish it and get this mechanism working.